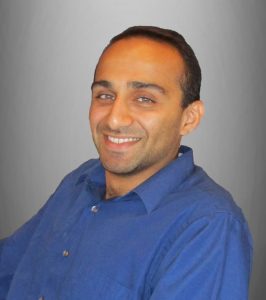 Locally sourced alternatives to traditional building materials are popular in building construction, and for good reason. The lower amount of energy required to process natural, locally available materials presents an environmentally favorable life-cycle impact. These days, the distance required to move a material from its source to the building site is a common metric employed by rating systems such as LEED to perform life-cycle assessments of different material options.

However, turning to one’s backyard is not a novel approach for sourcing building materials. For millennia, humans have used locally available natural resources to construct everything from homes to entire cities. The most universally recognized of these building materials is adobe, consisting of clay, water, and a dispersion such as straw, which is then molded and baked into bricks. Although adobe aggregates have been replaced in modern construction by commercially produced concrete composites, their use is still widespread in developing communities all over the world where modern building materials are cost-prohibitive.

The impoverished Maori population of New Zealand is one such community. For decades these indigenous people have used aggregates of native Kaolin clay mixed with naturally occurring volcanic pumice as a lightweight building material to construct low-cost dwellings. In 2008, as a graduate student at Tufts University, I investigated the viability of using Kaolin-pumice bricks as load-bearing insulation, by studying the thermomechanical behavior of a similar, laboratory-produced composite clay.

A mixture of commercial Kaolin clay and polystyrene foam beads was evaluated. To produce the clay, water was added to the clay to produce mixtures with varying initial water content by weight. Polystyrene beads were then dispersed uniformly throughout the clay-water mixtures in varying volumetric ratios of clay to dispersion, and then poured into cubical molds. The molds were finally dried in a convection oven to produce bricks. An emphasis was placed on using simple, inexpensive brick fabrication procedures to replicate actual methods used by the Maori.

The yield strength of the bricks was measured to understand how it varied with percentage volume of polystyrene dispersion. A compression machine was used to load the bricks to simulate a barrel slowly filling with water, which might be used instead in the field. The thermal conductivity of the bricks as a function of volume of polystyrene dispersion was also examined, by using thermocouples to measure temperature gradient through the bricks when subjected to a uniform heat source in the form of a hot plate. Once again, the simplicity of testing was intentional to allow for techniques that could be easily replicated outside of a lab.

The results were analyzed using series and parallel models, in which the component materials of a composite brick were represented as alternating horizontal or vertical layers, relative to the direction of loading. Known mechanical properties of the clay and polystyrene dispersion were inputted into these models to compare the composite’s predicted behavior to the actual results. The compressive strength of the composite clay correlated well to the parallel model for strength, while the thermal conductivity showed no correlation to either model as the properties of the clay governed thermal behavior.

Aniruddha Nene, PE, LEED AP BD+C, is a mechanical engineer of the Green Integration Group at Vanderweil Engineers in Boston.