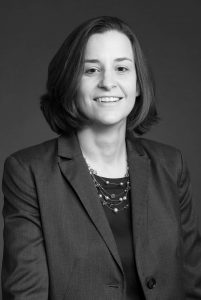 Woburn, MA – Tocci Building Companies (Tocci) recently announced that Jennifer Heikkinen, director of project management, has been honored with Constructech’s inaugural Women in Construction Award. This award recognizes women who apply technology to drive the progress of their respective companies and the overall growth of technology in the industry. The winners are also known to regularly go above and beyond to support other women in business, technology, and the local community. Recipients were honored at a dinner following Constructech’s 2015 Technology Day on August 27 in Schaumburg, Illinois.

“I am honored to be receiving this award alongside a group of talented and influential women,” said Heikkinen. “The opportunity to be eligible for this award would not be possible if not for the Tocci company culture, which supports every employee in exhibiting initiative and leadership, while embracing the role of technology to consistently deliver the highest quality product on each of our projects.”

Heikkinen was nominated by Constructech after serving as a panelist at the magazine’s 2014 Annual Technology Day. Speaking on the important role women play in collaborative design and construction, she highlighted the necessity to meld the cultures of different firms to produce one coordinated, high-performing team. The 2015 Annual Technology Day honored Heikkinen along with 37 peers who are the best innovators in their respective companies.

“The Women in Construction demonstrate exemplary leadership and have accelerated the growth of technology, while inspiring others within construction,” says Peggy Smedley, editorial director, Constructech magazine. “Each woman embodies passion, tenacity, and grace even under the toughest of circumstances, which ultimately has empowered them to take risks and challenge the status quo.”

The Women in Construction award pays tribute to some of the most influential women in the industry, representing a variety of companies from big to small. Constructech focuses on where construction and technology converge, influencing construction professionals to unleash the business value of technology.