Cambridge, MA – Hajian Architects Inc. has completed the design for a new addition and renovation for the Delta Kappa Epsilon (DKE) fraternity at MIT, located on Memorial Drive and the Charles River. 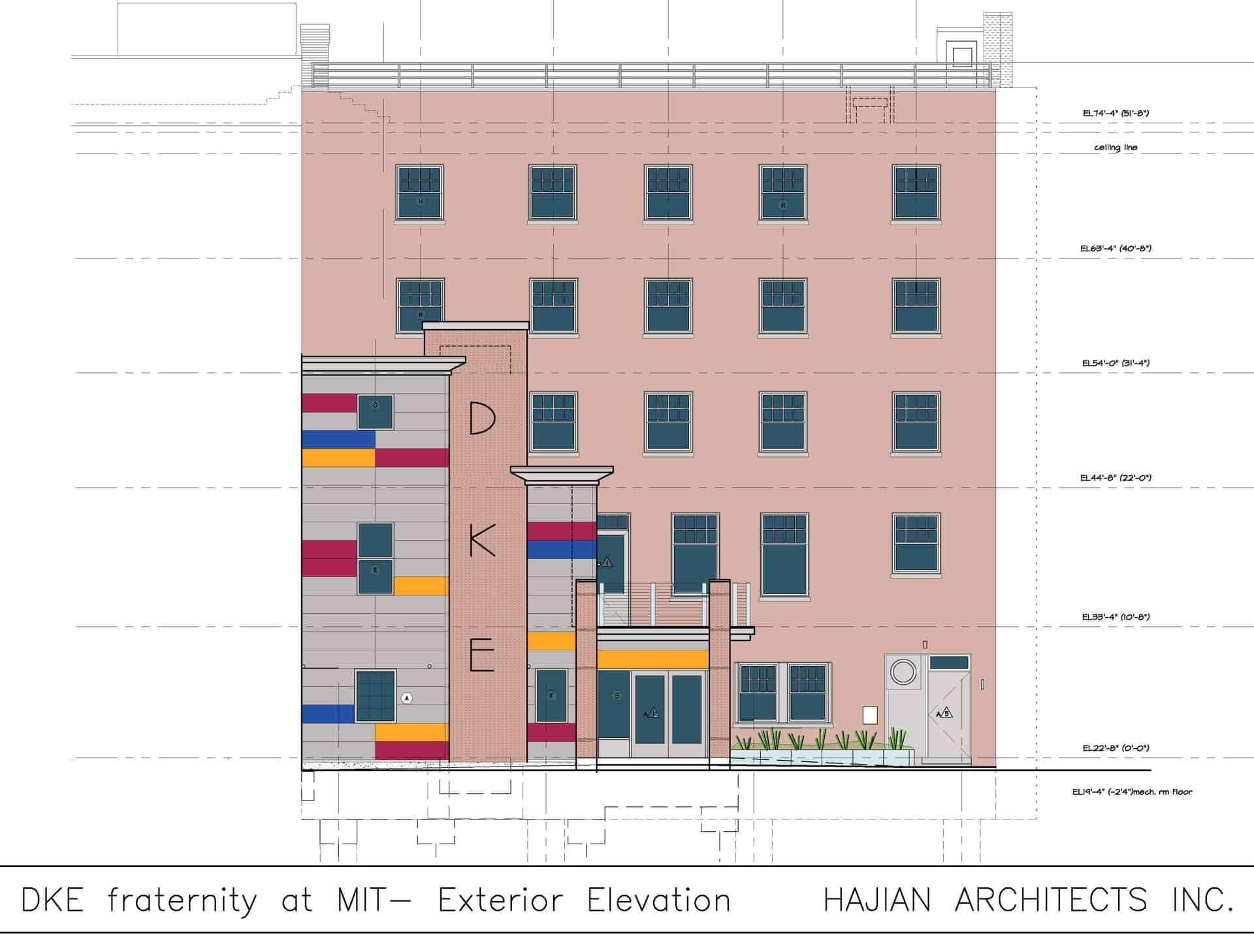 The five-story building, constructed in 1925, was originally designed as a fraternity house by renowned architect Felix Burton of Boston.

In 2008, Hajian Architects Inc. of Watertown addressed several structural and fire protection issues that had presented themselves in the building. It also completed an analysis and report of the building systems with its structural, mechanical, and electrical consultants to examine the building with the idea of developing a plan to maintain and enhance the living experience for the students over the next 100 years.

The DKE addition will include a three-stop elevator, bringing accessibility to all the public areas of the fraternity as well as one of the three residential floors. New bathrooms, computer room, fire alarm systems, kitchen upgrades, and other infrastructure improvements should allow the fraternity to function as intended for the next century.

The façade will be constructed with a Nichiha concrete panel rainscreen, with accents in the official colors of the DKE national organization. A complex structural system has been designed with helical piles and concrete-grade beams in order to address the soil-bearing issues which presented themselves during the analysis of borings taken in the area of the addition. The building is located on Memorial Drive directly adjacent to the Charles River.

Partners and brothers, David Hajian and Paul Hajian are very familiar with fraternity and dormitory projects, having worked for many educational institutions, and for more than a dozen fraternal organizations at MIT alone.