Exterior of BEAT / rendering by Stantec

Boston – Boston-area developer Nordblom Company recently received unanimous approval from the Boston Planning and Development Agency for an urban innovation campus at the former Boston Globe site on Morrissey Boulevard. Capitalizing on Boston’s global position as a center for technology and innovation, Nordblom will bring the 16-acre vacant property back to life as a new center for creativity, vibrancy, and ingenuity.

Renamed The BEAT — The Boston Exchange for Accelerated Technology — the existing 695,000sf building will undergo a total renovation and be repositioned for companies working in sectors that are moving the Boston economy forward, including technology, life sciences, and advanced manufacturing. 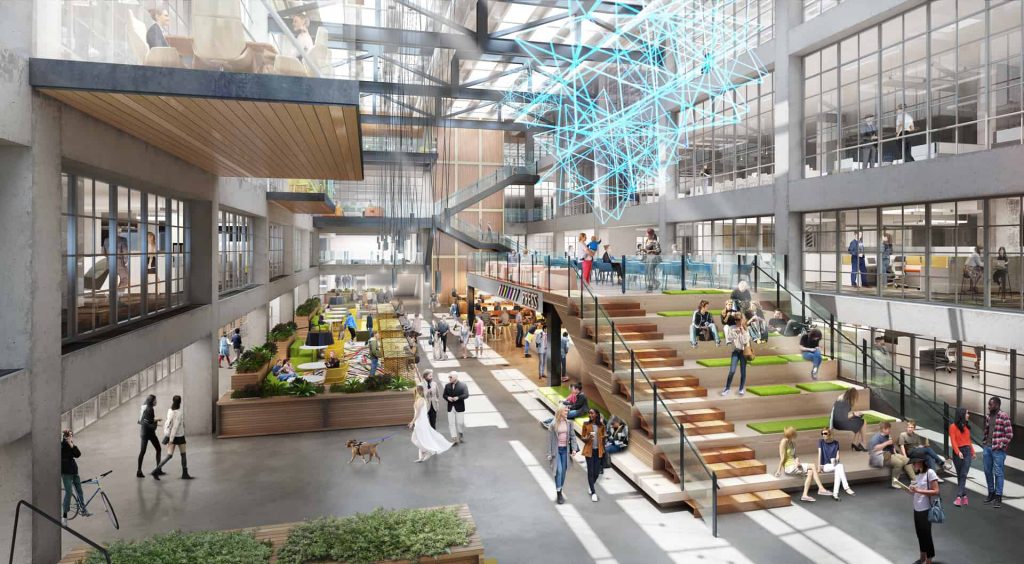 Interior of The BEAT / rendering courtesy of Stantec

In addition to office space, The BEAT will feature numerous amenities, including a fitness center and food hall, with a possible brew pub as well. The floor plan for the new facility capitalizes on the building’s existing layout, which includes both dramatic high ceilings and large, open floor plates with ample natural light.

“We are enthusiastic to move forward on The BEAT and would like to thank the city and community for their support thus far,” says Ogden Hunnewell, executive vice president/partner, Nordblom Company. “Our plan will create local jobs and business opportunities while optimizing tax revenues for the city. We expect The BEAT to be a highly desirable and bustling campus, with abundant open space and adjacency to UMass Boston, with easy access to the MBTA Red Line.”

The Boston Globe building was first constructed in 1958 and expanded several times throughout the years. In 2017, the newspaper sold the building and moved its newsroom and business operations to downtown Boston and its printing facilities to Taunton, Mass.