Over the past four months, High-Profile has been working with a group of diverse professionals within the AEC industry to bring to light the people and organizations that are committed to making this industry just, equitable, diverse and inclusive.

One organization in particular that we would like to spotlight is Dark Matter University (DMU). DMU is a democratic collaborative network of academics, practitioners and educators working to create new forms of knowledge sharing. The university is founded to work inside and outside of existing systems to challenge, inform, and reshape our present world toward a better future. DMU states that it is an “anti-racist design justice school collectively seeking the radical transformation of education and practice toward a just future.”

Danei Cesario recently interviewed three individuals that are a part of the extensive Dark Matter University roster and  who have actively contributed to its success. Ifeoma Ebo, LEED AP, NOMA is the founding director of Creative Urban Alchemy, LLC; Bryan C. Lee, Jr. is founder and design principal at Colloqate; and Venesa Alicea-Chuqui is founding principal at NYVARCH Architecture.

Danei Cesario: Tell us more about the Dark Matter University origin story and how it aligned with your values. 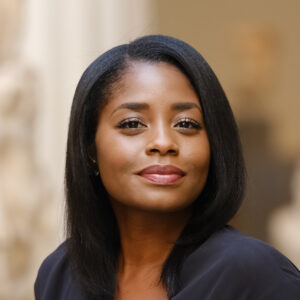 Venesa Alicea-Chuqui:  There are many origin points. Personally, I was connected with Bryan through a Design As Protest (DAP) event we held at the Center for Architecture on the National Day of Action. A few years later, I helped co-organize a Design Justice Summit with AIA National. Fast forward a few years later to the murder of George Floyd and the aftermath of that; DAP had some national calls. There was some online discussion and virtual chatter about the role of design education and how it could evolve and I got involved on those calls, which was almost a year ago in August, from the official launch of DMU.

The idea of anti-racist design justice is important to me because it’s really centering the lived experience of people in spaces and we have a big role in that as architects and planners in creating and building and designing those spaces.

Ifeoma Ebo: I wasn’t deeply entrenched in the initial organizing of DMU, but when it came about, I was already teaching a class on design justice.  DMU allowed me to collaborate with others to develop structure for what an academic environment could look like that centered in design justice.  It was incredibly valuable for me because at that point, I was doing it by myself.  DMU created a foundation where others could tap into. 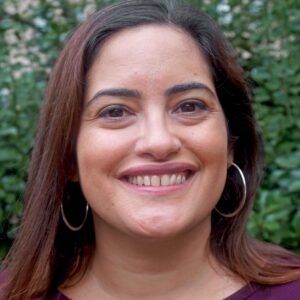 DC: Beyond Dark Matter University (DMU), what are you best known for?

VA: My involvement with a lot of different organizations, including AIA and City College.

Bryan Lee, Jr.: Paper Monuments or Project Pipeline. Educational space is where I have been invested for over a decade. Many people know that program and the impacts that it has had on the world. 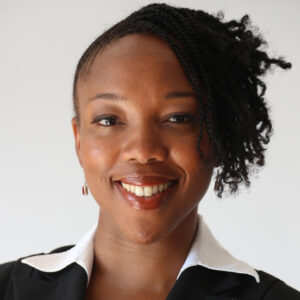 DC:  How do you believe DMU meets the needs of designers and students?

BL: I think DMU’s intentions and the execution of DMU’s intentions are wrapped around shifting to a radical paradigm for how we think about the relationship between people and the spaces that they inhabit. So, the work itself challenges and aligns with the core mission of design justice, which is twofold. One is to challenge existing privilege and power structures that use architecture and design as a tool of oppression to maintain power. And the other is to fundamentally envision new methods and new modes of generating spaces that are civic, communal, and social, by their very nature. And that seeks some form of reparation through the process and outcomes of design.

VA: Relating to students, we’re really trying to promote co-teaching as a model, so that there’s not necessarily one point of view in the room. It also ensures that there’s representative diversity beyond race and ethnicity, but also in discipline in who the students are seeing and learning from. We have been trying to highlight authors of color, projects that are maybe not the traditional projects that you might learn about in school, but projects that embody design justice and community in their priorities. 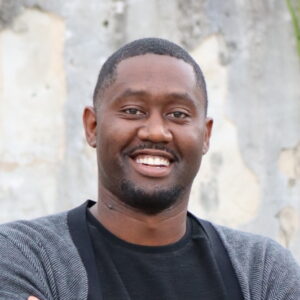 DC: What is the best lesson you have taught someone or been taught?

IE: To be curious and pursue my curiosity. I think when I graduated from school, I was very much interested in a lot of what is very prevalent today like design justice, activism, social equity, but there weren’t a lot of opportunities. Creation, whether it’s going to grad school or trying that unconventional organization to work for, allowed me to grow, develop and expand my capacity and understanding of what’s possible.  It also allowed me to interact with so many different people of different backgrounds, insights and skills at different scales. I think that’s really been helpful for me in my unique path.

VA:  It’s been something that actually came out of the Association for Community Design fellowship. There was a cohort of us who shared our experiences and in trying to chart our practices there was a lot of personal sharing, as well as professional. One thing that came out of it was the importance of pausing with purpose.  I keep repeating to myself as a learned lesson, but I also like to share it because so many of us are doing this work. For so many of us, it is a labor of love, so we have to take care of ourselves, in order to be able to do the work and be able to bring our best self to the table.

BL: One of the best lessons that I learned early on in NOMA was that when you have a path or you have an aspiration in this world, everyone in front of you becomes a mentor.  That doesn’t mean they always have positive attributes to bring to the world, but you learn a lesson from everyone. Making everyone a person that you can constantly be learning from will get you where you want to go faster. Learn from other people’s mistakes, learn on someone else’s dime, and trust people who are critical.

DC: What advice would you give to future generations or tell your younger self?

VA: Learn to negotiate and advocate for yourself early on. Don’t settle.

BL: For future generations: Learn to fail a lot early and enjoy the process. Failure is just a rung on the ladder to success. Your job is to acknowledge the lesson and keep moving up.

IE: Don’t put so much weight on what other people have to say about your path or your value.