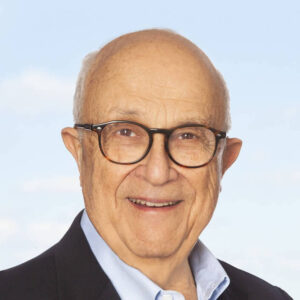 Boston – Boston-based Finegold Alexander Architects announces the retirement of Maurice (Moe) Finegold, FAIA and James (Jim) Alexander, FAIA, LEED AP, after 50 years at the firm. Both have been named principals emeriti of Finegold Alexander and will maintain relationships with current clients.

Alexander joined the firm, then known as Anderson Notter, in 1969 and is regarded as a noted authority in the restoration and reuse of historic buildings, designing and preserving significant landmark buildings such as the Old Boston City Hall, Ellis Island Museum of Immigration (in association with Beyer Blinder Belle), the Hatch Shell and Holyoke Public Library. 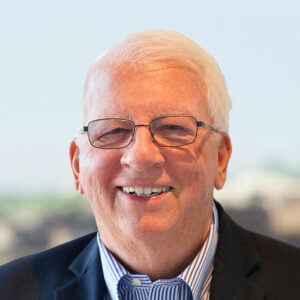 Finegold, after 11 years in private practice, joined the firm in 1975 and has been responsible for a wide range of challenging projects in restoration and reuse of historic buildings, new structures and urban planning, including Mechanics Hall, Worcester, Lowell Justice Center, and the Preservation and Development Plan for the Miami Beach Art Deco District.

“Throughout our time at the firm, the current leadership has appreciated the foundation built by Moe and Jim these past decades. We look toward the next chapter of the firm with great optimism as we seek to build and expand upon Moe and Jim’s legacy,” said Ellen Anselone, AIA, LEED AP, principal and vice president.

For over three decades, Finegold has designed synagogues across the nation, including the master plan for the Tri-Faith Initiative and it’s first building, Temple Israel, in Omaha, Neb.

The firm, from its very beginnings in 1967, was known for its new approach to architecture: adapt rather than demolish. The arrival of Alexander and Finegold built upon this approach and the firm’s expertise in this area, completing significant adaptive reuse and restoration work while forging new ground with designs for public, private and mission-driven organizations. In 1977, the firm became known as Anderson Notter Finegold, in 1984, Notter Finegold & Alexander, and in 1992, Finegold Alexander. During this time, the firm had notable collaborations: as joint architects with Beyer Blinder and Belle for the Ellis Island Museum of Immigration in New York, with Pei Cobb Freed for the US Holocaust Memorial Museum in Washington, DC and with John Andrews of Sydney for the Intelsat World Headquarters, also in DC.

“Over the course of my career, I’ve had the privilege of working on some of the most exciting restoration and new construction projects I could have ever imagined,” said Finegold. “I am proud of what Jim and I created together, building a diverse practice in a collegial and collaborative environment fostering design excellence and respect for the environment. I am confident of the direction the firm will continue to take under its current leadership.”

Finegold’s remarkable investment in architectural education and the broader design field are reflected in his numerous achievements. He introduced four new building types to the firm’s repertoire: libraries, schools, houses of worship and courthouses. He is a recipient of an Honorary Doctorate of Humane Letters from the Boston Architectural College and for the body of his work in designing over a score of synagogues, he received the prestigious Edward S. Frey Memorial Award for outstanding achievement in Religious Architecture.

“I’ve had the honor of working with some of the best in the business on significant, impactful architecture projects here in Boston and around the country,” said Alexander. “It has been a joy over the last 50 years to work with Moe and our team, contribute to vibrant communities, and to see the growth of the next generation of the firm’s leadership. I can’t wait to see what’s next and know the firm’s reputation as an innovative, creative team will continue.”

Alexander’s work has been acknowledged by numerous prestigious awards; he and Finegold Alexander received the first AIA Honor Award for Extended Use for the 1976 conversion of Boston’s Old City Hall to private office and restaurant use. In 2019, he was recognized with a Lifetime Achievement Award from the Massachusetts Historical Commission for his advocacy and design contributions. He also received the 2014 Preservation Massachusetts Paul E. Tsongas Award, was past president of Preservation Massachusetts and a long-time member of the Boston Landmarks Commission.