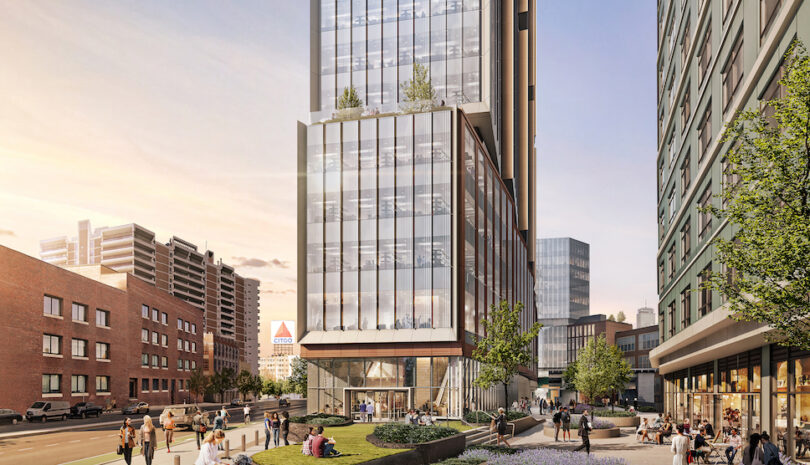 The project will be situated on an air rights deck over the Massachusetts Turnpike connecting the Beacon Street and Brookline Avenue bridges at the western gateway to Boston, and it will dramatically improve pedestrian connections between the Longwood Medical Area and the Audubon Circle, Fenway, Kenmore Square, Boston University and Back Bay neighborhoods. 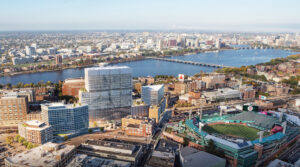 The project design, which was approved by the City of Boston last year, features more than 960,000sf of life-science buildings with approximately 10,000sf of ground floor retail along Brookline Avenue and Beacon Street, along with an automated garage that will be accessible from both buildings.

Fenway Center will also feature approximately 1.6 acres of landscaped green space that will be called Life Science Park: A Monument to Life Sciences and Public Health. The park will connect Brookline Avenue, Lansdowne Station and Beacon Street, and it will feature art and exhibition spaces dedicated to the history, achievements, heroes and consequential impacts of the life sciences and public health sectors. The space will include a large plaza and a roughly 700-foot-long public pedestrian walkway.

The private investment in Fenway Center will generate an estimated $3 billion in economic impact over the 99-year lease term. The project will create 2,000 construction jobs, 3,000 permanent new jobs and will generate more than $15 million in new annual tax revenues for the city of Boston.

Construction of the 90,000sf air rights deck over the Mass Pike between Beacon Street and Brookline Avenue will take approximately 24 months to complete. Construction of the Fenway Center life science buildings on top of the deck will be completed in early 2025.