The Gibbs School, The Boulevard on the Greenway, and Stoughton Public Library

Boston – This fall, Finegold Alexander Architects (FAA) is wrapping up three projects that highlight the firm’s special skills in reimagining existing buildings and sites and in design for new buildings. Projects include: a major renovation of Arlington’s Gibbs Building to create a new middle school serving sixth grade; The Boulevard, the first new condominium project on the Rose Kennedy Greenway since the Greenway was completed, preserving and incorporating the façade of a landmarked Bulfinch warehouse; and the renovation and expansion of the Stoughton Public Library. Finegold Alexander Architects is proud of all the exciting new projects; following are summaries of each one. 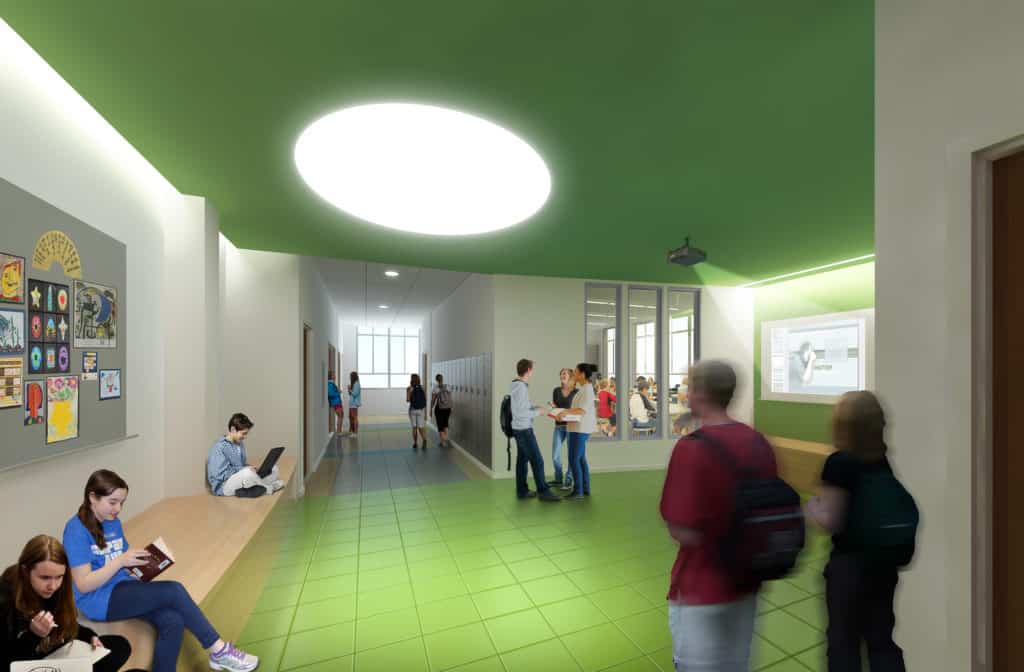 Finegold Alexander and the town of Arlington, Massachusetts announce that the newly renovated Gibbs School will open September 4 to accommodate the sixth-grade class. Kristin DeFrancisco, Gibbs School principal, said, “We are thrilled to be able to provide a school building that was carefully designed to meet the academic and social emotional needs of the sixth graders in Arlington, while being cost-effective and efficient.”

“The goal was to create a welcoming environment, that would inspire students to seek opportunities for learning,” said Regan Shields Ives, principal, Finegold Alexander. “The result is a flexible, engaging learning environment that is also highly energy efficient.” The project is on track to achieve LEED Silver V4 for Schools. 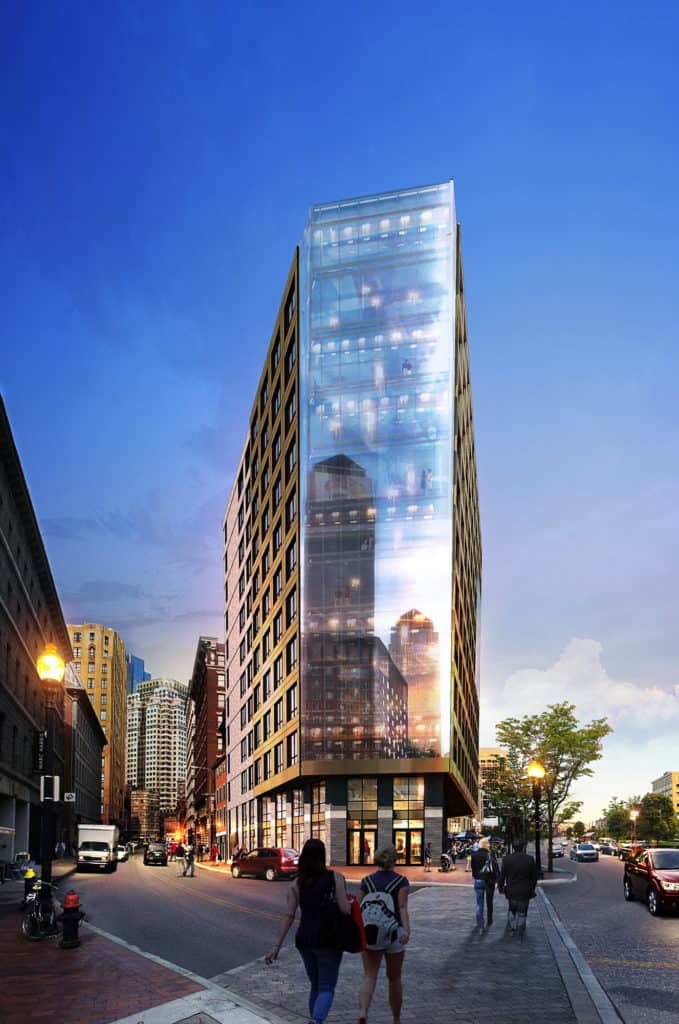 The Boulevard, new luxury condos on the Greenway

Along with New Boston Ventures and Commodore Builders/Walsh Brothers, Finegold Alexander is proud to announce that The Boulevard, a luxury condominium building on Boston’s Greenway is also nearing completion and is slated to open in early October. The building, located at 110 Broad Street, is 12 stories, 120 feet tall, and contains 36 luxury residential units, five of which will be artists’ lofts. The project also includes 3,500sf of commercial space and 48 underground parking spaces in a state-of-the-art automated garage system.

“The Boulevard blends a dramatic new residential design with one of the last few remaining Bulfinch buildings, whose exterior has been preserved and its interior adapted for use as a lobby and retail space,” said Tony Hsiao, principal and director of Design at Finegold Alexander. 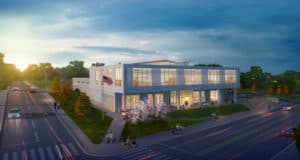 Also designed by Finegold Alexander Architects, the Stoughton Public Library renovation and expansion is nearing completion in mid- to late-October. The project includes a major renovation of the former 22,000sf structure and expanded it to approximately 31,000sf, bringing thoughtful program-driven spaces that are flexible, comfortable, and welcoming to more effectively meet the demands of a growing population. A welcoming entry, fresh and revitalized interiors, and a beautiful glass façade on the second-floor provide daylighting and views to the historic green across the street.

“The Stoughton Public Library is unique because it has been designed for patrons of all ages,” said Finegold Alexander principal Ellen Anselone. “Singular features of the library speak to diverse groups of people; the town was mindful in its effort to truly serve its community.”

The firm will be sharing news releases, photos, and stories in the coming months so stay-tuned for more information!