Editors note: News and information about the Eastern Massachusetts plumbing industry can be found in a monthly newsletter, “The Pipeline,” published by “Massplumbers” Plumbers and Gasfitters local 12. The following is an excerpt from the January 2016 “Pipeline.” 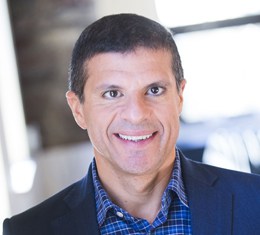 We may be in the midst of winnowing candidates to nominate for president of the United States, but the presidency of the Greater Boston Plumbing Contractors Association (formerly the PHCC of Greater Boston) was decided earlier this year [April 2015]. Members voted Joseph C. Cannistraro, the CFO of J.C. Cannistraro in Watertown, to head the organization’s executive board.
Cannistraro brings years of experience to the leadership role. He also brings an abiding interest in education and learning to the position. He plans to leverage the resources of the GBPCA and encourage other member contractors to take advantage of the organization’s educational opportunities.
Through its affiliation with the Mechanical Contractors Association of America and the Plumbing Contractors of America, the GBPCA offers training and best practice models in areas such as project management. Cannistraro is hopeful that by pursuing education and working together, GBPCA members can help themselves, help one another, and make the organization stronger.
He credits his parents, John Cannistraro Sr. and Rita, for nurturing his belief in the importance of education. The fifth of seven children, Joe describes himself as the “well-adjusted middle child.” His father started a one-man plumbing shop in 1963 that, under his and his siblings’ leadership (three of his brothers work alongside him), has grown into the largest family-owned mechanical construction firm in New England.
Taking on a leadership position wasn’t a birthright according to Cannistraro. “My father established conditions that we needed to fulfill.” School was a top priority. The GBPCA president wasn’t even sure he wanted to work in the family business or the plumbing industry.
For the full article and more visit: https://issuu.com/artofcom/docs/the_pipeline_january_2016.