Brookline, NH – DECCO’s Cristie Eddy was recently named as a 2020 Woman of Excellence in Metal Forming and Fabricating by Metal Forming Magazine, the Women in Manufacturing (WiM) and Precision Metalforming Association (PMA). 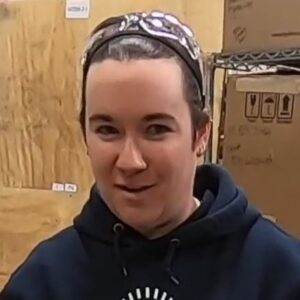 Eddy joined DECCO in 2005 as an apprentice pipefitter and progressed to her current position as a journeyman pipefitter, certified welder and project quality assurance manager.

In her third year as a student in the DECCO Apprentice Program she won the Associated Builders & Contractors Massachusetts Craft Competition. As the Massachusetts State champion, she qualified to compete nationally, where she won the National Silver Medal. Her performance was lauded by the judges as “…the most complete displays of craft excellence they’d seen in the event.” Eddy then tested for her state journeyman license and passed on her first try.

“Cristie has quickly progressed due to her determination and worked tirelessly in the DECCO Welding Program to obtain several welding certifications,” notes Kyle Reagan, president, DECCO, Inc. “Cristie has subsequently become an ASNT certified weld inspector and served as a project quality assurance manager where she was responsible for compliance to DECCO’s stringent Standard Operating Procedures for Validated Piping Systems. Cristie’s infectious personality, work ethic, commitment to quality, safety and the industry is why she continues to be recognized as a leader and award winner.”

The Women of Excellence in Metal Forming and Fabricating Award program honors the accomplishments and commitments of women in metal forming and fabricating, women who represent dedication to their company and the industry and demonstrate excellence in meeting their workplace responsibilities.

MetalForming’s Women of Excellence winners are examples of talent and perseverance,” says Allison Grealis, WiM president and founder. “I can’t help but be encouraged by their stories and accomplishments. I hope that these women encourage other young women, and men, to pursue careers in this industry.”

Efforts to increase manufacturing opportunities for women while recognizing their skills is an important function of PMA, MetalForming’s parent organization, and WiM, an organization that grew out of PMA’s commitment to these efforts.