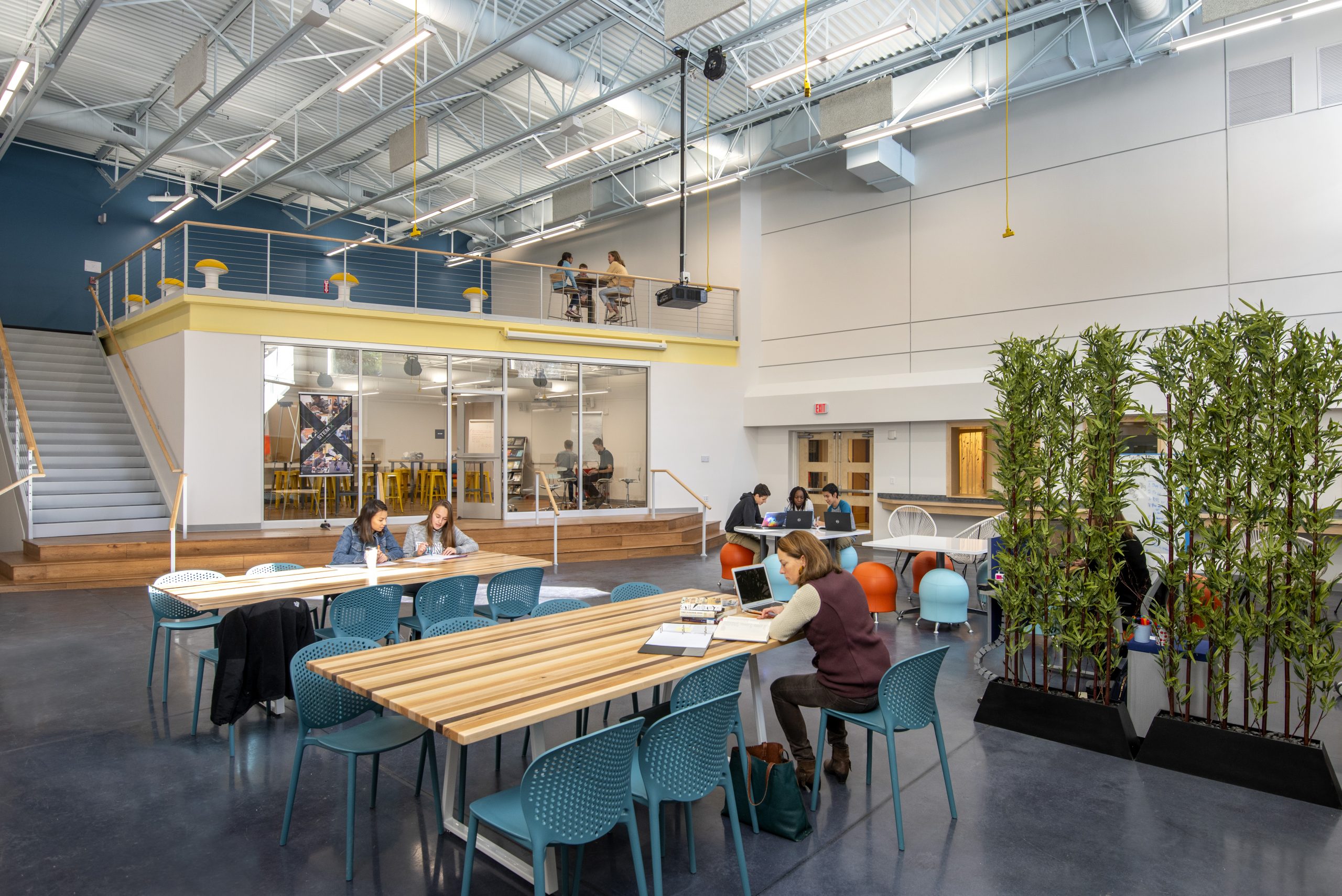 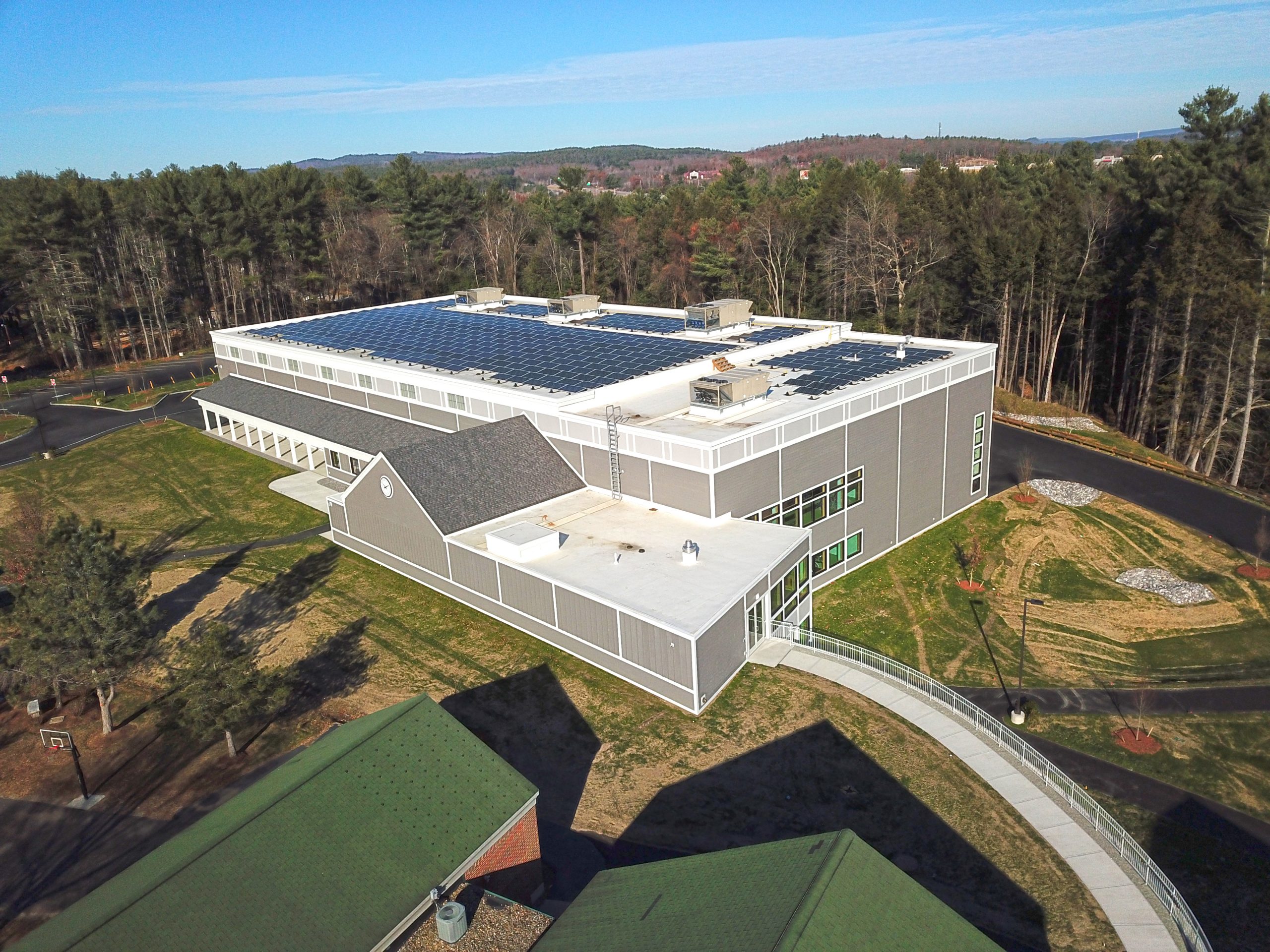 Aerial view of the Derryfield Athletic and Wellness Complex

Three existing classrooms, located just off of the gymnasium, were renovated and converted into two physics classrooms. Both facilities were completed on schedule in the late fall of 2019.

Eckman has also continued to be active on New Hampshire collegiate campuses. The project team is currently overseeing the design/build of the new welcome center at Saint Anselm College in Manchester, marking Eckman’s 16th project with the College.

The company also completed an addition to the Mason Library at Keene State College in Keene earlier in the year and the new home of the Cohen Center for Holocaust and Genocide Studies. The two-story addition features dramatic exterior design, exhibition space, classrooms, and office support space. Both projects involved tight sites located in the heart of busy occupied campuses. 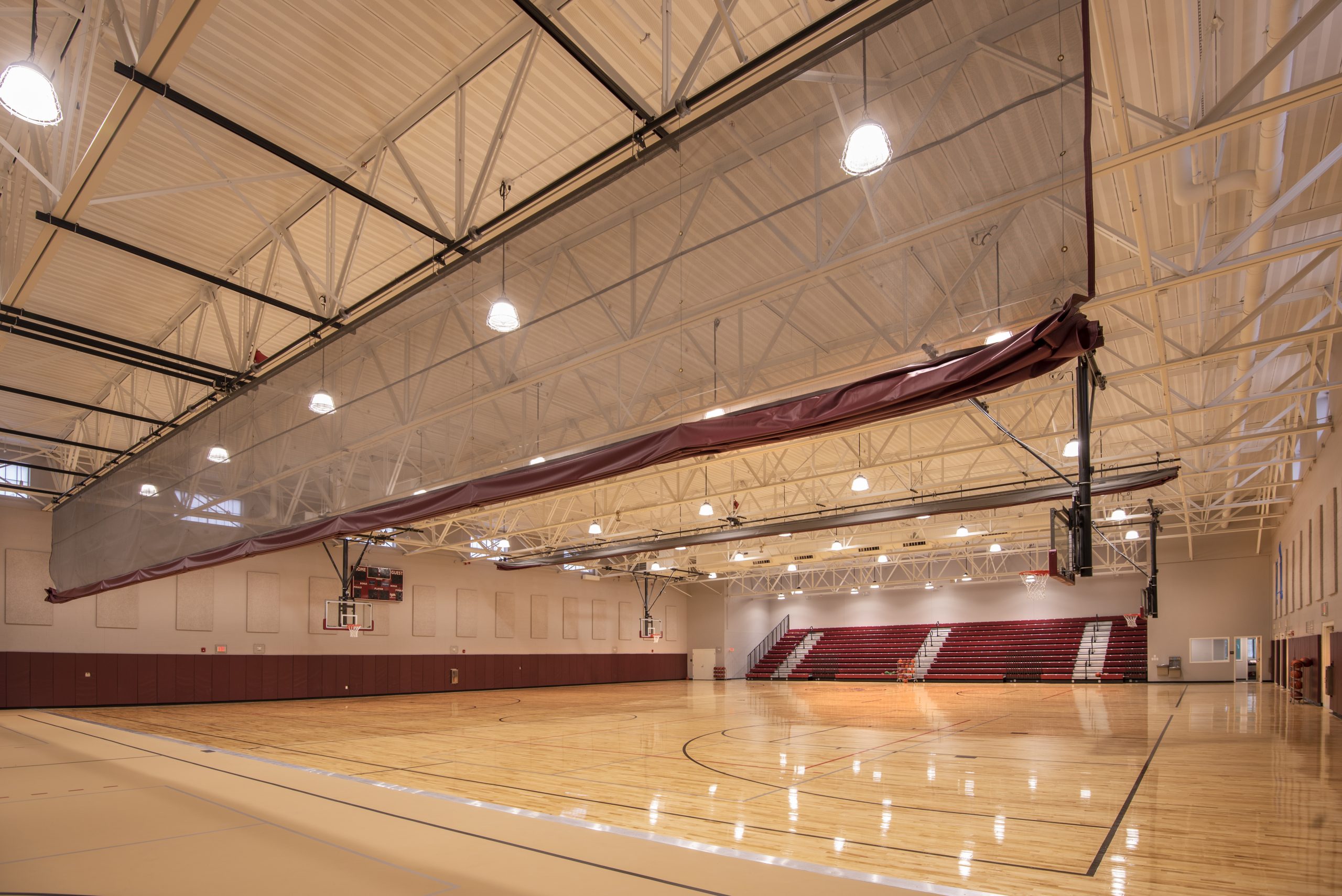 K-12 school projects continue to be an emphasis for the Bedford-based construction management firm. The team is currently in the final phase of construction of the Newmarket Jr./Sr. High School project in Newmarket. Eckman was selected as construction manager in 2017 for additions and renovations to the elementary and Jr./Sr. high schools. The firm assisted with community outreach leading up to a successful bond vote and worked with the school administration to create an intricate phased construction schedule to allow both of the existing buildings to remain occupied and operational throughout construction.

The Newmarket school improvements feature over 50,000sf of additions along with comprehensive renovations to the existing building. The design is intended to increase classroom space, offer a more secure main entrance, connect circulation loops, provide daylight in most instructional spaces, and consolidate art classrooms, among other positive changes. 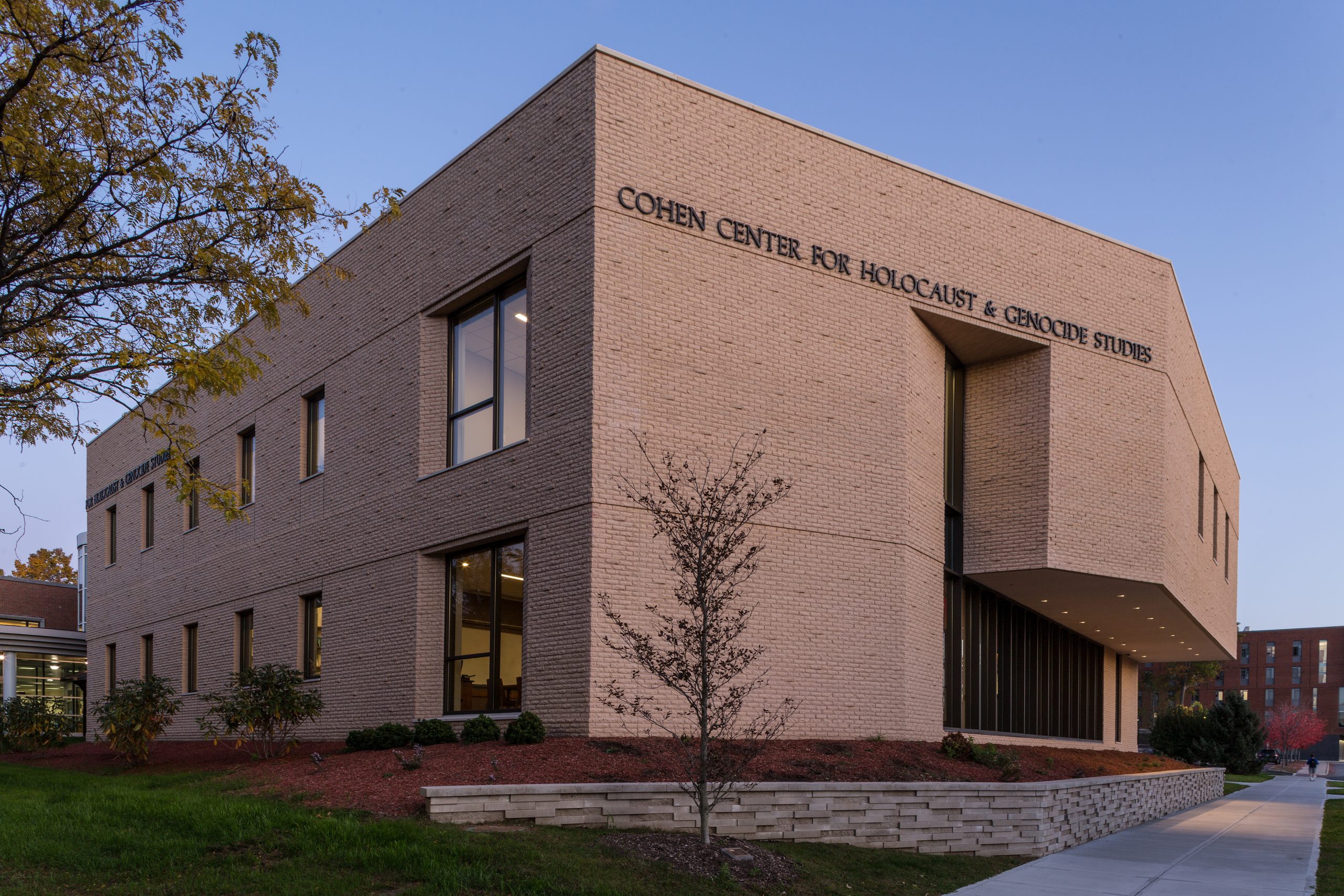 This past fall, Eckman completed 22,000sf of additions and targeted renovations to the existing elementary school. A new gymnasium, commercial kitchen space, and grade-5, pre-kindergarten, and flex classrooms comprise the additions to the facility.

Also completed in the fall was a new addition to the Lincoln Akerman School in Hampton Falls. The two-story structure added six classrooms and a music room to the facility, in addition to improvements to the gymnasium and cafeteria within the existing building, and expansion of faculty parking.

Since 1974, educational facilities have made up 50% of Eckman Construction’s projects.