A recent Superior Court decision, Lighthouse Insurance Agency, Ltd. v. Lambert, addressed an employer’s efforts to circumvent the requirements of the MNAA by claiming that a salesperson’s sale of his book of business constituted a sale of a business, such that the requirement of the MNAA did not apply. The Massachusetts trial court disagreed.

In Lambert, the defendant Jack Lambert sold insurance for Lighthouse Insurance Agency (“Lighthouse”) from 2013 to 2021. In 2020, Lighthouse asked Lambert to enter into a new compensation agreement with a new compensation structure that included an offer to “purchase . . . Lambert’s book of business.” The new agreement also included non-solicitation and noncompetition provisions. The noncompetition provision restricted Lambert’s ability to “solicit or write insurance business” any where and for anyone for a period of one year after his employment ended.

Lambert’s employment with Lighthouse was terminated in 2021 and he began working for a competitor. A large account Lambert had secured while at Lighthouse subsequently transferred its business to Lambert’s new employer. Lighthouse then filed suit against Lambert to enforce the noncompetition agreement.

The trial court found that the sale of Lambert’s book of business to Lighthouse did not qualify as the sale of a business, but instead arose in the employment context. The trial court observed that the 2020 contract under which Lighthouse purchased Lambert’s book of business was called an “Employment Agreement.” In addition, the accounts on which Lambert had been earning commissions did not belong to him – they belonged to Lighthouse.

The trial court reasoned that Lambert could not sell or assign any interest in those accounts to a third party—or to Lighthouse itself.  Notably, the trial court determined that the noncompetition agreement was controlled by MNAA (because it was not in connection with the sale of a business)—but that it was nevertheless unenforceable because it did not comply with the MNAA’s requirements. Specifically, the noncompetition agreement did not (a) provide at least 10 business days before its effective date or (b) expressly state that Lambert had the right to confer with any attorney before signing.

The Lambert decision is instructive regarding the scope of the sale of a business exception to the MNAA. Specifically, it confirms that that salespersons do not own their books of business and cannot sell or otherwise assign them, even to their own employers.  As such, a purported sale of a book of business does not qualify as a sale of a business sufficient to remove a noncompete from coverage under the MNAA.

Employers are well advised to review and reevaluate their noncompetition agreements and other restrictive covenants to ensure they comply with the MNAA and the relevant evolving body of case law. Kenney & Sams will continue to keep employers informed about these developments and are prepared to answer any questions about existing restrictive covenant agreements or to help draft such agreements that will both protect the employers’ interests and comply with applicable law. 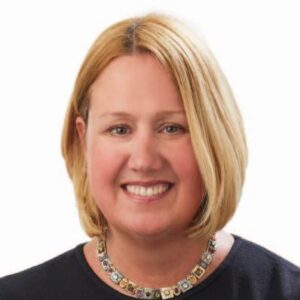