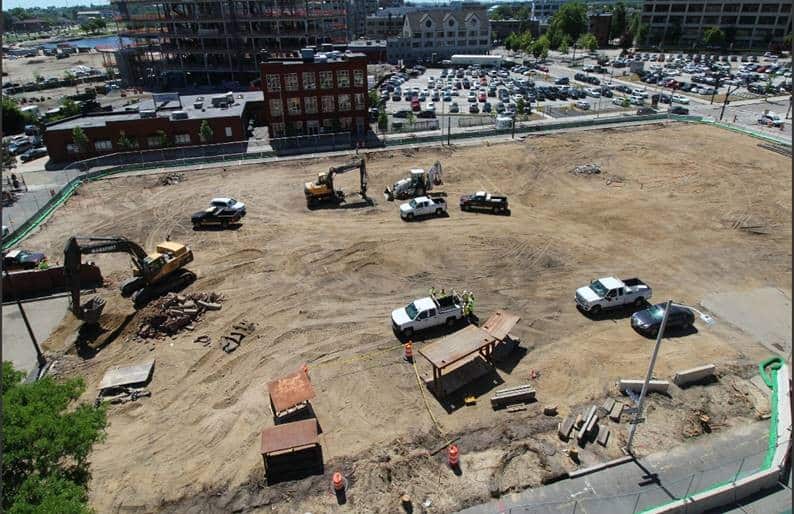 The 415,000sf garage, designed by Walker Parking Consultants, will have one level of parking below ground level for the judges, and six stories above ground for court personnel as well as public parking.

There is also roughly 5,000sf of mercantile space on the ground floor along Richmond Street.

Project manager Jimmy Bendokas stated, “Dimeo Construction Company is happy to have been selected as the contractor for the New Garrahy Garage and are looking forward to being a major part in the ever-changing downtown environment.” 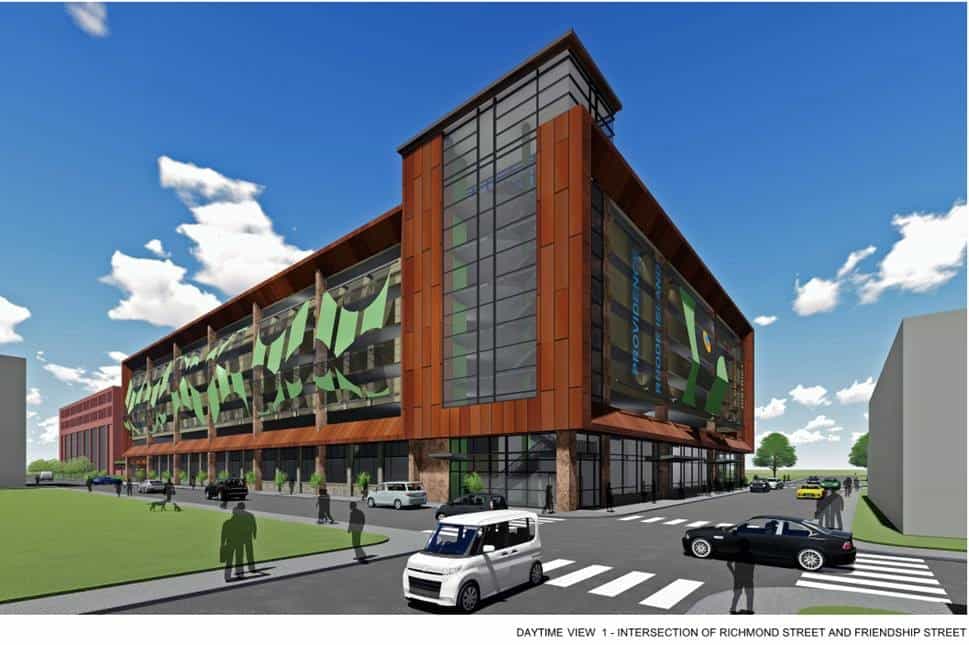 Rendering of the Garrahy Complex

The 200,000sf judicial complex was originally built by Dimeo and completed in 1981. 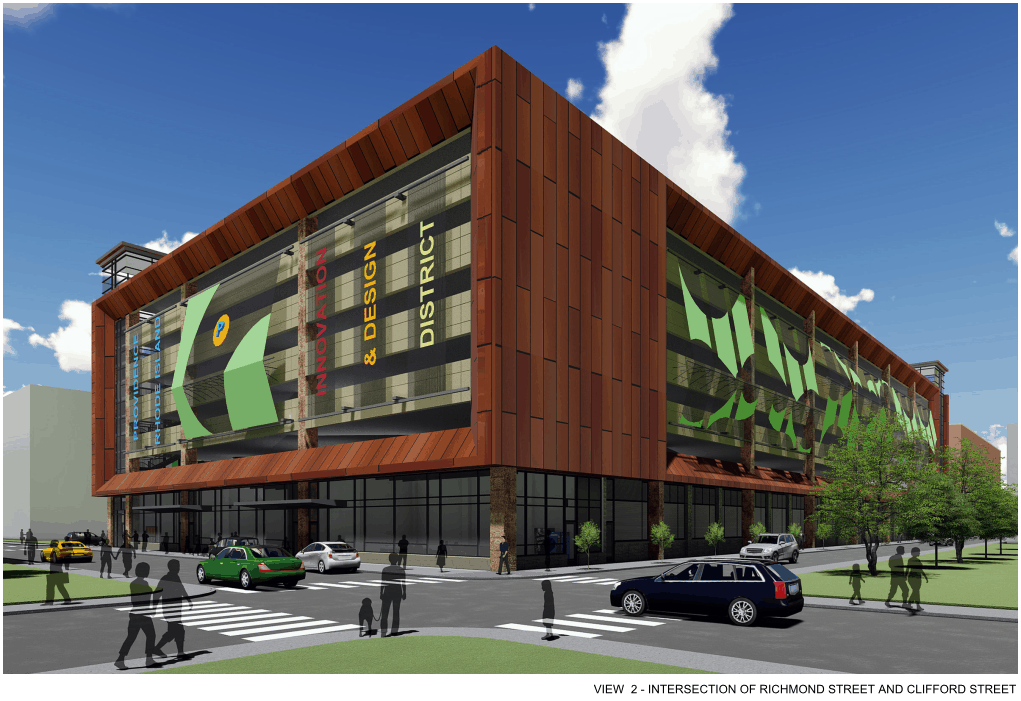 View from Richmond and Clifford Streets.