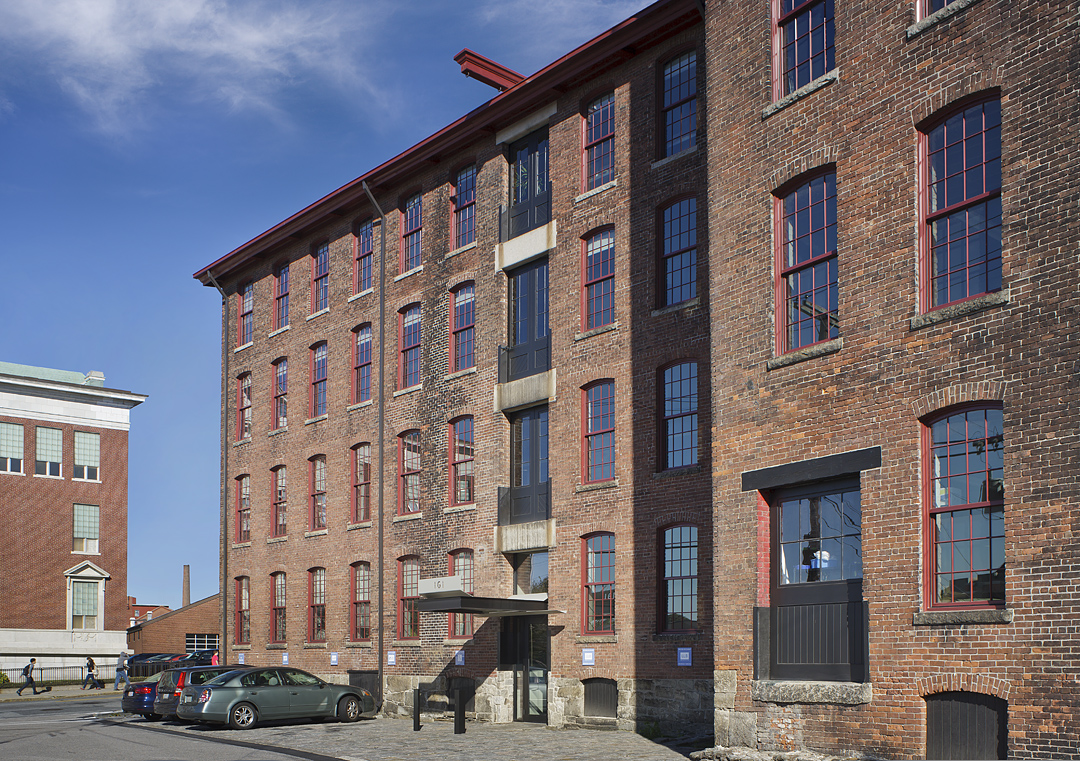 Exterior of The Design Exchange Building

Pawtucket, Rhode Island – The conversion of an old Pawtucket factory into a modern studio and office building known as the Design Exchange was honored at the annual AIAri Design Awards Gala on December 5th with an award for its adaptive reuse and historic preservation. The Rhode Island chapter of the American Institute of Architects hosts a design awards program and celebrates outstanding works of architecture through its annual gala celebration, held this year at the Jamestown Arts Center in Jamestown, RI.

The program recognizes significant architectural achievements in Rhode Island to enhance our built environment. LLB Architects is proud to have led the development and design of the project and even more thrilled that it has been recognized as an award-winning building.

Pawtucket, RI – The historic Rhode Island Cardboard Company, first built in 1880, provided LLB Architects with a distinctive space in a blossoming arts district but also would showcase its work in adaptive reuse of historic buildings. The merit award is the second recognition the building has received. Last year, the project was honored with a Rhody Award presented by Preserve Rhode Island and the Rhode Island Historical Preservation and Heritage Commission.

On this project, LLB Architects served as both designer and developer, making use of a combination of state and federal historic rehabilitation tax credits. Together with Case Construction and Odeh Engineers, the architects oversaw a sensitive restoration of the exterior with creative, modern interventions on the interior and at the principal entrance.

The mill’s 5,000-square-foot floor plates and eight-foot column grids were readily converted into an open, collaborative environment for LLB’s new studio on the fourth floor. By locating the elevator, central stair, and restrooms in the center core of the building, the entire perimeter remains open and flexible.

Renamed the Design Exchange, the building has attracted a variety of new arts- and design-related businesses as tenants. The completed project both retains the historic industrial character of this riverside and invests a new artistic presence and energy into central Pawtucket.