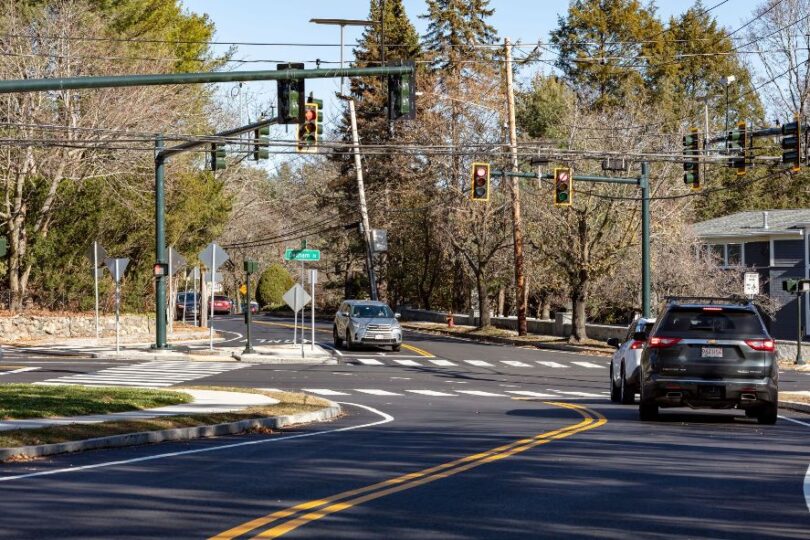 Newton, MA – The American Council of Engineering Companies of Massachusetts (ACEC/MA) has named Environmental Partners Group as a 2021 Bronze Engineering Excellence Award winner for their work on the rescue of Dedham Street.

Dedham Street in Newton serves as a major connection hub for residents and commuters, commercial routes, and the MBTA bus system, as it connects major travel routes to and from Route 9, I-95/128, Brookline, and Chestnut Hill.  With traffic volumes of 2,500 vehicles per hour, this corridor experienced major congestion that was further complicated by an adjacent fire station and college campus.  Through an extensive public process and the combination of the latest technology and traffic treatments, Environmental Partners resolved the gridlock congestion along Dedham Street and provided a more livable street for residents, with minimal impacts to abutters.