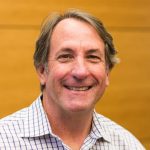 As Boston closes a notable year for real estate development, the new year brings a time to consider the impact of this growth on the fabric of Boston’s neighborhoods. According to the city of Boston’s 2016 Third Quarter Report, over 1,560 new units received permits in the third quarter of 2016, the largest number of new residential units permitted in a single quarter in 20 years. A total of 2,369 new units in the first three quarters of 2016 have received permits — and a total of 6,789 new units were approved — nearly doubling the average quarterly pace of 2014 and 2015, and serving as a strong indication that Boston’s housing market will continue to see demand through 2017.

Such growth is exciting, and important to the strength of our local economy, but one has to wonder how all this new development will impact the unique character of Boston’s neighborhoods. Such a concern highlights the importance of the developer’s role in shaping neighborhood growth and change in our city, where ideally each new project enhances and complements a neighborhood’s identity and culture.

As we look to 2017, we can expect to see additional growth throughout many of Boston’s neighborhoods including the Seaport, Chinatown, Fenway, East Boston, and the South End. Buildings in the Seaport will begin to provide more services, but it will still be a while before that area can be characterized as a neighborhood. Perhaps the same can be said of Fenway, where a lot of great new mixed-use buildings are being developed amid the neighborhood’s institutional core, though it benefits from being more closely connected to its surrounding neighborhoods. East Boston is also an interesting place where several developers have focused their attention lately due to its proximity — via transit — to Downtown, and its lower land cost. 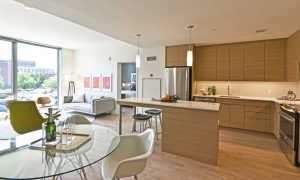 The South End is one neighborhood where developers continue to deliver some of the best product in the city. Many that choose to live in the South End are renters by choice who want to be near the many restaurants, art, and other cultural components of the South End, especially in established locations such as that of Girard, a 160-unit luxury rental property developed by New Atlantic Development that recently opened in the South End.

One of Boston’s largest historic districts, the South End is a unique area of the city as it offers developers the chance to create new housing opportunities that also complement the area’s special historic architecture. As a developer in this culturally diverse neighborhood, the key is to understand the scale, texture, and materiality of the historic context, and to work to complement it, while delivering a building that is clearly a 21st century addition to the historically rich landscape. 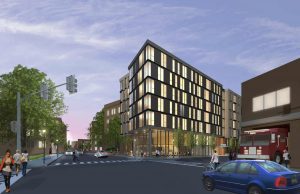 At Girard for example, the overall scale of the building mimics many of the long wharf-style buildings that remind us Albany Street was once the edge of the harbor, while the clearly articulated two-story base of the building ties to the character-defining brick and cast-iron buildings along Harrison Avenue. Girard’s architects chose materials that reflect the masonry tradition of the South End, but lean toward the industrial heritage of that particular area, while also incorporating fresh, contemporary and high-quality cladding systems from Europe. A contemporary building thoughtfully done in a way that complements its surroundings adds depth and another layer of richness to the fabric of our wonderfully historic city.

Culture and design define a civilization, and a great city such as Boston — arguably the culturally richest city per capita of any place in North America — is certainly a location where such an approach is appropriate. It is up to developers to understand and work within this culture to create projects that will both enhance and complement their unique neighborhood context.

As the Boston real estate market continues to expand and evolve, industry leaders will constantly look for opportunities to improve neighborhoods with high-quality projects that incorporate contextually appropriate, contemporary design. New Atlantic is now focused on the historic Fort Point neighborhood, where we are working with the Fort Point Arts Community to create new artist live-work space that will strengthen that neighborhood’s identity as one of Boston’s oldest and strongest community of artists. Stay tuned for some interesting new additions to that wonderful part of our city!