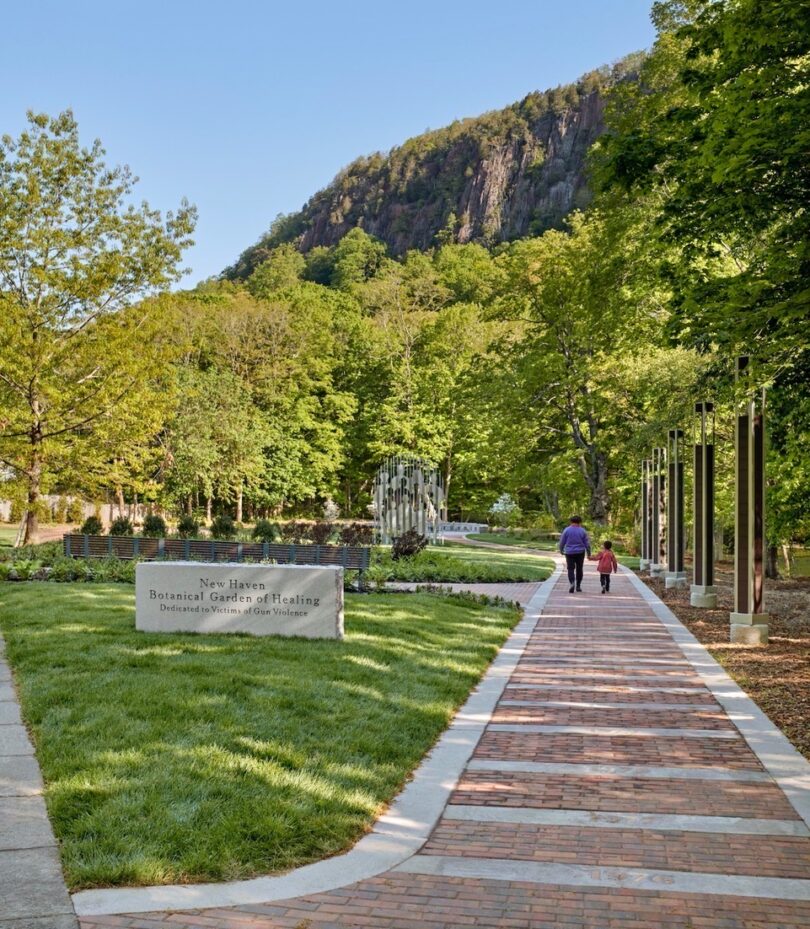 New Haven – A New Haven coalition, including parents of gun violence victims, the City of New Haven, and the Yale-based Urban Resources Initiative (URI) will host a dedication ceremony at The New Haven Botanical Garden of Healing Dedicated to Victims of Gun Violence located at 105 Valley St. on Saturday, June 12 at 11:00 a.m.

Following remarks from Marlene Pratt, one of the mothers leading the project, New Haven mayor, Justin Elicker, dignitaries, and family members, will read the names of victims dating back to 1976. 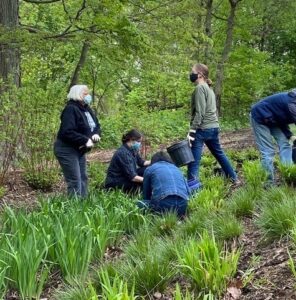 The garden honors the lives lost to fatal gun violence in New Haven and raises awareness of the immense emotional impact of the crisis. The garden is also designed to offer a place of healing for those that the victims left behind.

One of the notable features of the garden, conceived by the parents and designed by Svigals + Partners, is the Magnitude Walkway, a brick pathway that contains the names and ages of every victim lost to gun violence in New Haven dating back to 1976. The purpose of the walkway is to emphasize the magnitude of the issue of gun violence in New Haven, while still remembering each individual that has been lost.

The New Haven Botanical Garden of Healing Dedicated to Victims of Gun Violence was designed to provide areas for discussions where students can come to learn about the impact of gun violence in their community. In the center of the garden, a sculpture depicts a family with empty spaces representing members that have been lost to gun violence.

“The architectural elements work in concert with the natural landscape – the river, trees and views of West Rock – guiding visitors into the garden to commune and reflect,” says Marissa Dionne Mead, AIA, Svigals + Partners’ director of art integration and lead architect for the project.

In partnership with the parents, the City of New Haven and URI led the construction and planting efforts of the garden and will continue to work together to maintain the park in the years to come.