In June 2011, a tornado ripped through multiple areas of Western Massachusetts. Downtown Springfield suffered major damage. The Six Corners neighborhood was hit hard, including the namesake six-legged intersection in the center of the neighborhood. In the wake of the disaster, the city grasped the opportunity to address the redesign of the intersection, which was plagued with confusing geometry, numerous accidents, and long delays, not to mention concerns for pedestrians. It looked for ways to maximize the limited funding available for the reconstruction of the area to include a sensible, cost-effective approach to the intersection. 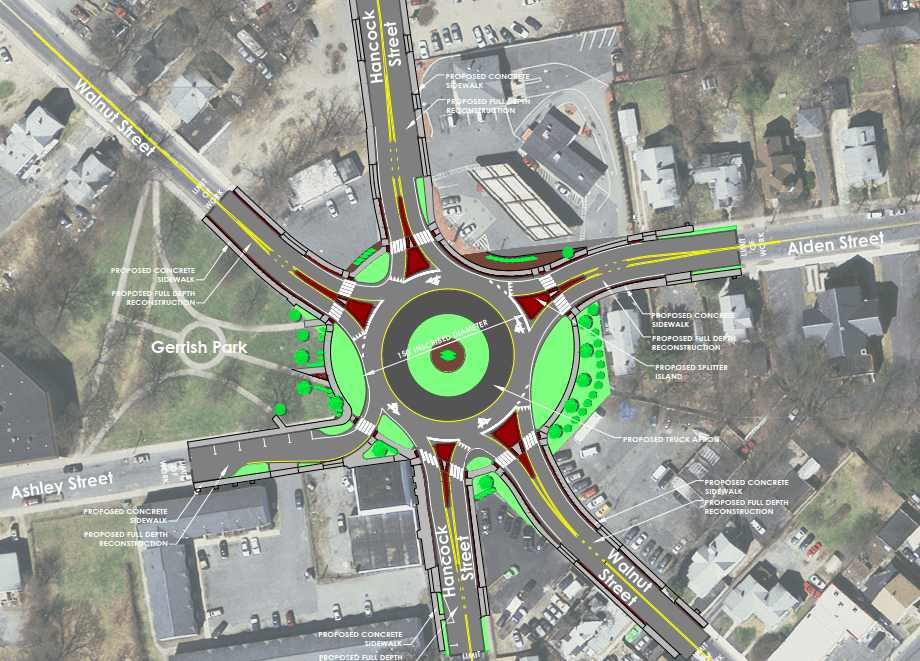 My engineering firm, Fuss & O’Neill, worked along with the city of Springfield to evaluate potential solutions to the many issues posed by the unique intersection. Initially, over a dozen conceptual designs were developed and reviewed. What made this project so unique was the location, Six Corners, which resulted in the design of a six-legged roundabout.

The design balanced complex geometry challenges that resulted from the locations of the four existing city streets: Walnut, Hancock, Alden, and Ashley, as well as surrounding properties, businesses, and the adjacent Gerrish Park. Right of way and space in general were severely limited in this urban area, and the design was refined multiple times to maximize existing rights of way yet still meet applicable roundabout design criteria for entrance and exit angles.

The Fuss & O’Neill team has extensive experience with public infrastructure projects, including design and implementation of single- and multi-lane roundabouts. They modeled the proposed roundabout geometry in Torus (a computer program specifically for roundabouts). Once the two-dimensional geometry was developed in Torus, the alignments and roadway layout information was integrated into our AutoCAD Civil3D model of the intersection for the development of final design documents. As with any project in an urban area that dates back hundreds of years, there were significant challenges with utility relocations. Early collaboration and coordination with the utility providers was key to minimizing conflicts.

Our team understood that assisting in thoughtful reconstruction called for coordination with the Springfield Department of Public Works on public outreach to surrounding neighborhoods. The proposed roundabout was a major departure from the existing signalized intersection. Sensitivity to the needs of residents was an iterative process of listening to concerns and educating the public on the merits of a roundabout, and why it was appropriate for the area, including speed reduction, traffic calming, lower delays, and safer pedestrian corridors. We were pleased to reassure the public that this project would make their neighborhood both safer and more aesthetically pleasing.

With careful planning, the city redirected the tragedy of the tornado to create multiple benefits for the city and the surrounding neighborhood, including

Now those driving through Six Corners will see a huge improvement. This intersection is the gateway to Springfield College, a prestigious college in the city. Those looking to attend or attending the college will drive through the new Six Corners roundabout that is safe and beautifully landscaped.

The project is set to be completed by the summer of 2018. The new roundabout is going to completely change the experience of drivers in the Six Corners area of Springfield. We strongly believe the reconstruction of the Six Corners Intersection, coupled with the new Elias Brookings School on Walnut Street and the recently rebuilt JC Williams Community Center on Florence Street, will continue to fuel the renovation of this historic Springfield Neighborhood.

While challenging, this is a project that I am extremely proud to be a part of. 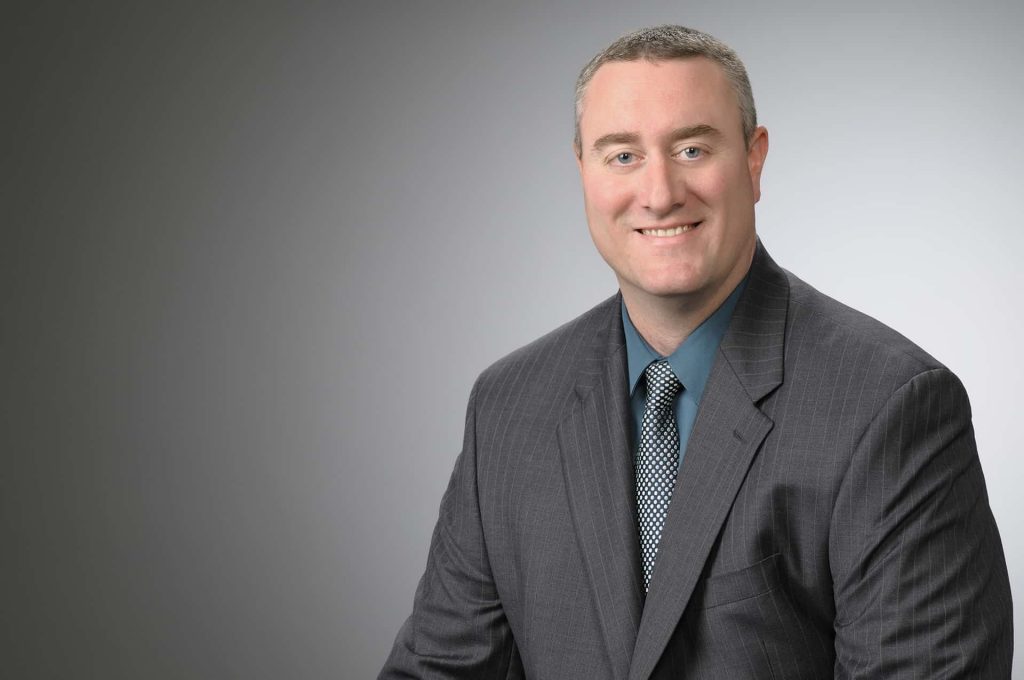 Dan DeLany is a senior project manager with Fuss & O’Neill.