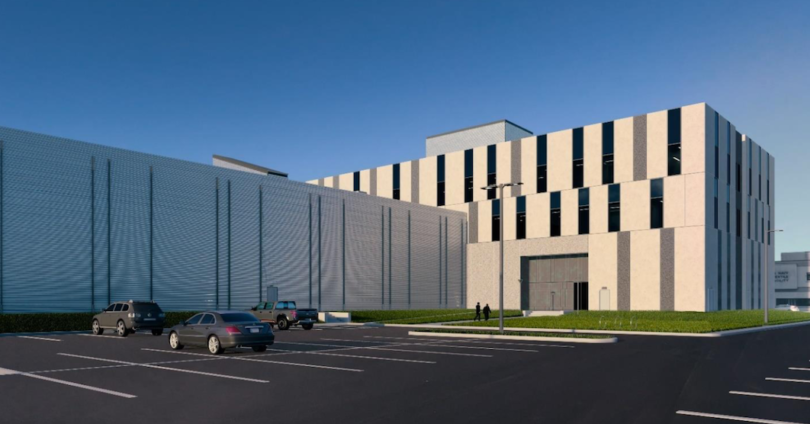 This project is a joint effort between the U.S. Army Natick Soldier Research, Development and Engineering Center (NSRDEC) and the U.S. Army Research Institute of Environmental Medicine (USARIEM), along with the Combat Capabilities Development Command Center (CCDC Soldier Center). Together these military organizations will develop a state-of-the-art facility which will provide world-class scientists and engineers with a controlled, cutting-edge and mission-relevant environment in which to perform applied studies to uncover ways to optimize soldier and squad performance and enhance combat readiness.

The building will include a three-story lab and office building connected to a one-story fieldhouse-like building for large group simulations, which will be complete with ancillary support spaces. It was a great importance to connect first floor high-bay labs in the three-story building to the single-story combat maneuver lab.

The team made use of texture and pattern when designing the facade and other spaces throughout the facility. The building’s primary skin is made up of tan and white pre-insulated architectural precast concrete panels laid out in a checkerboard pattern to give an otherwise static material a sense of movement. The panel colors and tones were selected to be responsive to the historic district in which the building will be sited. The slight change in texture in the facade pattern means that no side is identical, creating a unique visual experience. Additionally, the facade and panels graduate from a more solid surface where the interior spaces require complete darkening capability to a more open surface with more windows where the offices are located.