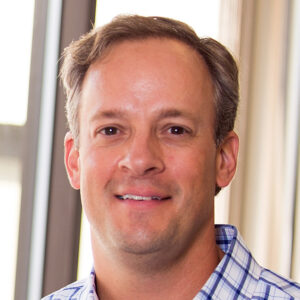 Beyond its corporate commitments, Chapman is taking steps to address embodied carbon emissions, to support clients in achieving their carbon neutral commitments. It is evaluating material selections and construction methods for ways to reduce embodied carbon, paying particularly careful attention to air sealing and insulation details.

Promoted to reinvigorate and advance Chapman’s sustainability goals, including its Carbon Neutral 2030 plan, Hyde previously served as a resource on many of the company’s sustainable construction project. In his new role, he will continue to support clients and begin advancing corporate sustainability goals.

Since joining Chapman in 2011, Hyde has been involved with net zero projects for the Southeast Land Trust and Mass Audubon. He is currently working on Element Care’s PACE Center, which is Chapman’s first Passive House project. He is a Passive House Institute U.S. (PHIUS) Certified Builder, a LEED Accredited Professional – BD+C, and a Fitwell Ambassador.