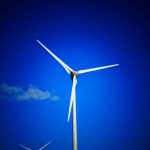 In addition to delivering investments into Connecticut and stakeholder collaboration, Constitution Wind is a product of more than four years of development and detailed analysis. It presents Connecticut with a mature, well-studied project that will allow the state to meet its recently strengthened climate change mandates.

Constitution Wind supports Connecticut’s mandate that 40% of the state’s electricity comes from renewable sources by 2030. With more than five gigawatts of power plants at risk to retire over the next decade, Constitution Wind will replace lost capacity and diversify the state’s power sources with clean, affordable energy.

Drawing from Ørsted’s record of developing 25 offshore wind farms around the globe on time and on budget, and Eversource’s more than 100-year presence in the Northeast, financial strength, and regional transmission development expertise, Constitution Wind brings differentiators to its bid in several key areas:

Constitution Wind has been in development since 2015, with more than 100 employees supporting the project. The project team understands the comprehensive and parallel efforts required to develop and construct a wind farm in the waters off New England and has developed metrics, including integrated scheduling techniques, to measure progress and proactively anticipate all steps in the process.

In an effort to gather as much information and research about the project and its surrounding environment, the team gathered two years of advanced FLiDAR wind speed data specific to its lease area and conducted over 12,000 miles of geophysical surveys in the lease area and along the export cable route, equivalent to the distance between Hartford and Perth, Australia. Constitution Wind’s commitment is to bring renewable energy to the state and support Connecticut’s efforts to reduce carbon emissions by 45% by 2030. Additionally, the data collected has been used to adapt the project design to better mitigate stakeholder and environmental impacts and will allow Constitution Wind to secure the necessary project permits before construction.

Sharing marine resources is critical not only to the success of offshore wind but for larger efforts to create a sustainable energy source. Constitution Wind understands the challenges that can come with co-existence in the ocean, including Connecticut’s deeply-rooted fishing industry and the protection of marine mammals.

In response to feedback from fishermen and community members, Constitution Wind proactively revised its turbine layout pattern to accommodate historical fishing patterns and ease transiting through the wind farm. The developers of Constitution Wind also partnered with the Responsible Offshore Development Alliance (RODA), a national commercial fishing organization that is purpose-built for interacting with the offshore wind industry to maintain sustainable fisheries.

Constitution Wind is committed to meaningful, local investment to ensure the Connecticut community benefits from offshore wind development. In addition to providing hundreds of jobs during construction, the project is committing hundreds of millions in direct community investments. Additionally, Eversource and Ørsted are committed to working with the state, unions, and local colleges and universities to drive job training for offshore wind.

Joint venture partners Eversource and Ørsted have committed to invest $57 million for upgrades to New London State Pier, an underutilized state asset, to accommodate the industry and create a world-class offshore wind staging hub in Connecticut. The upgraded facility will create a secure revenue stream for the state and spur local economic development and job creation in New London and the surrounding communities. The joint venture partners will also soon open an office in downtown New London to support its portfolio of projects across the Northeast and its future work out of New London State Pier.

“Since 2015, our team has been focused on bringing affordable, renewable energy to Connecticut, a major opportunity for the state’s clean energy future and economy,” said president of Ørsted North America and CEO of Ørsted U.S. Offshore Wind, Thomas Brostrøm. “Following up on the selection of our Revolution Wind project by the state and our investment to turn New London State Pier into a world-class offshore wind center, our proposed Constitution Wind project will be delivered by the industry’s leading experts to ensure the project is achievable, sustainable and successful for Connecticut.”

“We commend Connecticut’s commitment to becoming a leader in the fast-growing offshore wind industry,” said Eversource executive vice president for Enterprise Energy Strategy and Business Development, Lee Olivier. “Through our four years of project development and outreach, we have heard the enthusiasm for offshore wind from residents, businesses, and communities across the state. We look forward to assisting Connecticut’s transition to clean, affordable, offshore wind energy.”