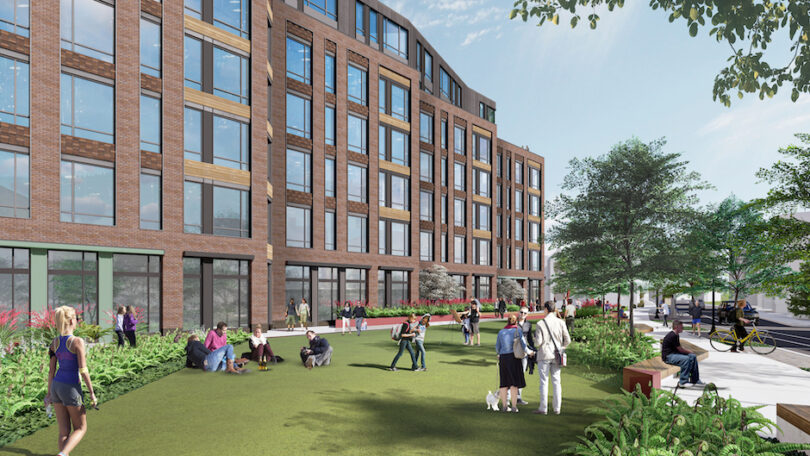 by Andrian Shapiro and Margarita Kvacheva

In dense, urban cities like Boston, “affordable” and “housing” are rarely used in the same sentence. Young professionals, empty nesters, and couples planning to start a family are faced with moving outside the city limits to find a place that fits their budget and belongings.

Two years ago, another option emerged in Boston designed to provide residents with apartments that are within the financial reach of everyone from graduate students to retirees. The concept, called Compact Living, is being tested now under a pilot program that was approved in 2018 by the City of Boston. The idea isn’t just to reduce the size of apartments, it’s to design the space so well that it’s functional and efficient; that 450sf studio units are as comfortable as 950sf three-bedroom units. 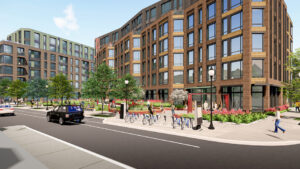 It’s an idea that will provide a relief valve in many Boston neighborhoods by increasing the supply of affordable housing and freeing up family-style houses. In Beantown, people are splitting rent with roommates in two and three-bedroom homes in order to live in close proximity to the city.

Boston’s Housing Innovation Lab launched in 2017 to experiment and explore innovative housing models and prototypes to accelerate housing development. The Compact Living pilot is a component of Mayor’s Walsh’s plan to create 69,000 units by 2030 when the city’s population is expected to grow to 700,000 residents. The Compact Living pilot will bridge the gap between luxury and affordable housing.

Developers are warming up to the idea. Compact Living projects have been approved in Allston, Dorchester, the Fenway, Mission Hill, and South Boston, and more are coming. Allston Green, a $140 million, 250,000sf complex being developed by LBC Boston is in the permitting process now. The three-building, 350-unit project is designed so it works just as well – financially and physically – for people downsizing from a house in the suburbs to a graduate student who is rarely in their unit except for when they are sleeping.

Compact Living offers a tradeoff: square feet over location. Studies show that people value location, having their own dwelling, and not having to share space with roommates or their parents over square footage. The efficient units provide the benefits of living in the city but in a smaller and more affordable package.

The key to successful Compact Living is creating a community inside and outside of the building where residents can exercise, watch television in a shared lounge, enjoy fresh air on one of the building’s decks, or find quiet spaces to work and create. Allston Green sits on two acres and includes 34,000sf of open space, with 20,000sf accessible to the public for community gatherings such as farmers’ markets, outdoor movie nights, exhibits, etc. LBC Boston plans to invite local artists to paint murals and to create unique sitting cubes to be installed in the public park.

Compact Living developments are designed to encourage residents to socialize and take advantage of the comforts of home, right outside their door.

Andrian Shapiro is a principal owner and Margarita Kvacheva is a senior vice president at LBC Boston.