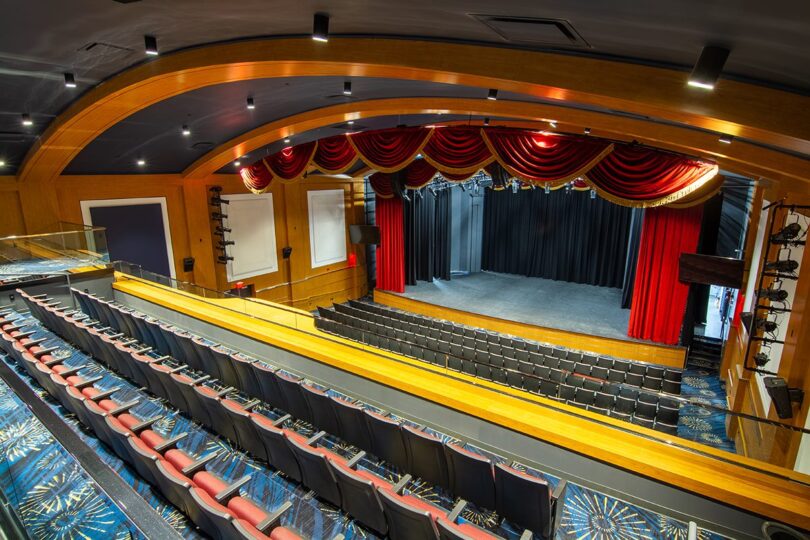 In October, at the Associated Builders and Contractors Connecticut Chapter’s annual Excellence in Construction awards event, the project earned a merit award in the Special Projects category.

Earlier this year, the Connecticut Building Congress recognized the project with a merit award. It also received a merit award from Engineering News Record at its awards event in November.

Opened as a vaudeville theater in the 1920s, the entertainment venue lived through numerous changes until 2010 when it was closed by then-owner Lowe’s Theaters. Kleban Properties, a Fairfield-based development firm, acquired the property with a plan to gut the interior and preserve the structure while offering a “white box” space ready for commercial lease.

KBE was brought on board to plan and manage the renovation, working with J.P. Franzen Architects Associates of Fairfield. The interior was stripped down to the studs and the exterior facade restored. The project then changed to a comprehensive custom fit-out to support theatrical and multi-media performances when Sacred Heart University (SHU) leased the space.

The expansion provided a new, larger stage; a balcony with a skybox; a renovated front office; and new digital technology. The original stage and proscenium arch were preserved and converted to the green room and office areas. The existing seating was replaced with 446 stadium-style seats. The scope of work included all new building systems, new finishes throughout, a mezzanine gathering area, reception, ticket booth, and new neon marquee.