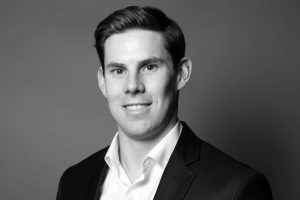 He began his career at Gilbane as an intern serving on projects in Rhode Island for GTech Corporation, University of Rhode Island, and Central High School, to name a few.

In 2013 he joined Gilbane full-time as a superintendent before entering the Management Candidate Acceleration Program (MCAP) in 2014.

“Ben will play an instrumental role in cultivating relationships and reviewing business prospects with developer partners in Boston,” notes Michael Kennedy, Vice President.   “Ben’s enthusiasm and experience in construction operations will add a new dynamic to our Business Development team.  As a fifth generation family member, Ben is a model brand ambassador and lives the core values of Gilbane.”

Cole retains a BS in Real Estate and Construction Management from the University of Denver  and maintains an Associated General Contractors (AGC) Young Professionals Certification.  He is a member of the Urban Land Institute (ULI),  NAIOP, CoreNet, and Massachusetts Building Congress.