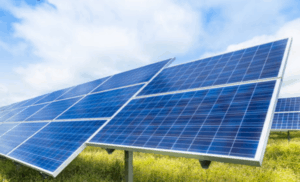 Boston – The Massachusetts Clean Energy Center (MassCEC) announced that the state’s clean energy sector has continued its trend of upward growth, adding more than 1,500 workers to the clean energy workforce between 2017 and 2018.

The figures, released as part of MassCEC’s 2018 Massachusetts Clean Energy Industry Report, found that the industry now employs over 110,700 workers in the commonwealth, an increase of 1.4% since 2017 and 84% since 2010.

The clean energy industry saw robust growth in its contribution to Massachusetts’ gross state product (GSP), increasing 15% between 2017 and 2018 to contribute over $13 billion to the statewide economy, making up about 2.5% of the GSP.

The report found that the clean energy industry employs residents in every region of Massachusetts and makes up about 3.1% of the state’s workforce. The southeast region saw the most job growth, with a 5.9% increase from 2017 to 2018, followed by the western region, which recorded a 2.4% increase. The northeast region, which includes Boston, makes up about 48% of total clean energy employment, with over 53,000 workers. Central Massachusetts saw a 5.4% growth in total clean energy establishments, as well as a 1.1% increase in jobs.

“The 2018 Massachusetts Clean Energy Industry Report illustrates how taking action for the environment can create opportunity for the economy,” said Senate Minority Leader Bruce Tarr (R-Gloucester). “Our collective efforts to pursue strategies to reduce consumption and increase our renewable energy portfolio is leading the nation on a bold new path and developing jobs right here in our communities.”

Other findings show that installation-related jobs are the largest source of clean energy employment, making up 30,057 jobs, followed closely by sales & distribution with 27,471 jobs. The fastest growing component of the clean energy workforce was engineering & researching, adding more than 2,400 jobs, a 2.7 percent increase.

In August, Governor Charlie Baker signed legislation that will ensure Massachusetts remains a national leader in clean energy while reducing costs to ratepayers. The bill, An Act to Advance Clean Energy (H.4857), includes the Governor’s proposal to create the first Clean Peak Standard in the country, increases the Commonwealth’s energy storage target to 1,000 megawatt hours (MWh), increases the Renewable Portfolio Standard, expands the Mass Save® programs to allow for strategic electrification and other clean energy technologies, and authorizes the Department of Energy Resources to require an additional 1,600 megawatt (MW) of offshore wind to be procured by the electric distribution companies in Massachusetts.

“Massachusetts’ clean energy industry is a critical sector for the Commonwealth’s nation-leading leading innovation economy and we are pleased to see continued job growth in this year’s report,” said Governor Baker. “We are proud of our standing as the most energy efficient state in the country and a leader in the emerging offshore wind industry, and look forward to continuing our work to secure a reliable, diverse and affordable energy portfolio for the Commonwealth.”