Many communities across the United States are experiencing a “retail apocalypse,” underscored by news that 300 retailers have filed for bankruptcy this year alone and more than 8,600 stores are estimated to close by the end of the year. For towns and cities still recovering from the aftershocks of the Great Recession, the turn away from retail is troubling. Despite this nationwide trend, though, the Greater Boston region’s building boom is creating a growing need and opportunity for retail.

Increasingly, high-profile, multi-use developments are being built in the city and, in turn, are generating interest from flagship retailers. Take Downtown Crossing. With the addition of Millennium Tower last year, the neighborhood — which, for years was a staple of Boston commerce before hitting hard times — continues to undergo a complete transformation. Retail tenants are moving in, including Primark and Old Navy — both projects of JM Electrical — as well as Roche Brothers, among others. The area is once again brimming with activity, as new restaurants such as Caffè Nero, another JM project, set up shop. The addition of residential and mixed-use buildings are creating a sense of community in these urban neighborhoods, fostering an environment where people can live, work, and play in one space — the perfect opportunity for retailers.

The Seaport District has also been making changes recently, with a number of new residences, offices, hotels, and retail space being built. The Seaport Square project alone is a 6.3 million sf neighborhood occupying 23 acres of space, and 1.12 million sf of the project is solely dedicated to retail. At One Seaport Square, located within the Seaport Square master plan, retail space is occupied by a Showplace Icon movie theater, Kings bowling alley, and an Equinox fitness center. Likewise, Reebok’s new headquarters, which is moving to the Seaport this fall at the Innovation & Design Building, will bring 700 jobs to the Seaport, and include a Reebok FitHub retail store as well as a farm-to-table cafe. Over the past decade, office buildings and residential buildings have flooded the area with people but without retail nearby; the area offers no grocery store or pharmacy, and few other shopping options. That may soon be changing.

We are seeing that as more residential and office space is built, developers are increasingly inclined to build retail space that accommodates these new neighborhoods. After all, part of the community experience that comes with these new residential buildings is the convenience of having a number of retailers close by.

With so much going on for retailers in the city, suburban retailers have also begun making a point to find new urban approaches. CityTarget in Fenway, which opened in 2015, occupies four floors and 160,000sf of space at the intersection of Boylston and Kilmarnock streets. And the recently opened two-floor, 21,000sf Central Square Target joins already similarly “small Targets” on Commonwealth Avenue near the BU campus and on Boylston Street in the Fenway, as well as in Packard’s Corner in Brookline. At the same time, Marshalls has also set up shop in several Boston neighborhoods, including its newest store in Fenway, which was designed specifically for its urban clientele. And, as previously mentioned, Roche Brothers is contributing to the transformation of the former Filene’s Basement site, occupying 25,000sf at its flagship store in Downtown Crossing.

A part of this new approach by suburban retailers stems from a recent trend by baby boomers, who are moving from the suburbs and into large apartments in urban areas. In places like New York and Chicago, older generations of people are purchasing multi-million dollar condos in the city to avoid the maintenance and upkeep that comes with suburban living. And with this move comes the need for large suburban retailers to cater to this market by finding creative ways to follow them into the city.

With these trends in mind, the Boston retail market remains relatively adaptable. Still in the midst of a building boom, and buoyed by news that online retail giant Amazon is moving into Fort Point, it is likely these residential and multi-use buildings in Boston will continue attracting retail. With new neighborhoods like the Seaport and Boylston Street in the Fenway emerging, the future seems bright for retail in Boston, even as the rest of the country faces the retail apocalypse. 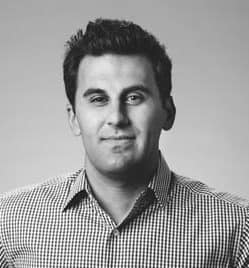