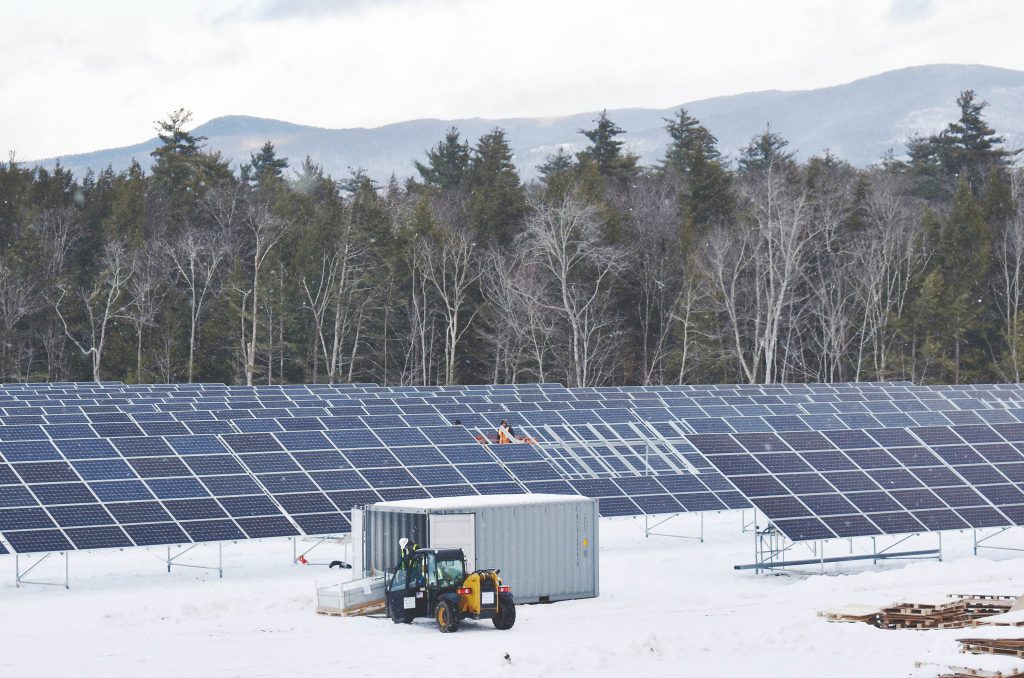 The general contractor was Ameresco of Framingham, Mass. The owner is New Hampshire Electric Cooperative

The photovoltaic (PV) array is comprised of 7,200 solar panels installed across nine acres of a 13-acre site and wired to a NHEC substation. The project scope included Ayer Electric’s installation and wiring of 40 480V-AC inverters, which feed a NHEC transformer. The inverters are installed on steel framing and are rated for exterior use. All underground conduit was installed on the remote and secluded site.

Ayer’s final phase of work was performed during the severe December cold snap as the electrical team provided wire management, which included a comprehensive and detailed tie-in checklist for the 7,200 solar panels.

The solar site is projected to generate 3.5 million kWH of electricity per year, enough to power approximately 600 homes, and will save NHEC more than $280,000 annually in power costs. The green energy project will dramatically help the region’s electricity demands during peak use in the summer.

Ayer Electric handled the project working as a subcontractor to general contractor Ameresco, of Framingham, Mass.

“The Moultonborough solar project is important for NHEC and its customers, and Ayer Electric is pleased to have worked to have worked in tandem with Ameresco in its installation. Our Local 490 crew did a skillful job throughout the project, and especially in extremely harsh weather conditions, to meet the project scope and timeline,” said Ganter.