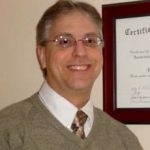 In many instances, by factoring in a consultant knowledgeable in accounting software in the front end of a conversion, mid and small sized companies can save money in the process, as well as facilitate a seamless conversion. Recently, a call came in from a small architecture/design firm that had run into serious difficulties with an accounting software conversion. Upon arriving, I realized I had unwittingly walked into a series of unexpected surprises.

I first discovered there was no on-site accounting staff. An outside bookkeeper was used to prepare financial statements, but was not involved with the day-to-day accounting and bookkeeping operations. A junior staff designer was tasked with all the company’s billing – a complex and daunting job even for an experienced bookkeeper. I was also introduced to a new finance manager with surprisingly little bookkeeping experience.

The new software package had been installed by the software company. By the time the client went live, the software company had converted their legacy data three times – each time unsuccessfully, for various reasons. To add to the complexity, the client had been using two software packages which had to be converted into a single new package – a difficult task even for expert software technicians. With each attempt, the client became more dissatisfied and distressed.

With the conversion issues not fully resolved, the software company gave the go ahead to start operations.  However, the staff had not received enough training to become comfortable with the new system. So, what they did was continue to run their old software, in parallel, because the new software was still not working properly, even after three conversions. As I continued to find critical software set-up issues and transaction posting errors during the subsequent visits, I realized the client was in big trouble. Many facets of the set-up were either incorrect, or not set up at all.

It seemed each solution hinged on solving another problem first. I assured the owner that I would be able to repair the issues, while still operating, but they would certainly take time. Continuous effort paid off, and after several weeks the frequency of my visits wound down and their financial statements began to take shape. The software company was notified about all the major issues, and was convinced to provide a substantial refund, mainly for letting the client operate without proper set-up or training.

Could these problems have been avoided? Absolutely.

Since there was no outside consultant used for guidance, the client assumed the software company would handle everything, and the process would be seamless. The owner did not have enough experience to know that the conversion would not be seamless – they never are, and having to convert data out of two systems compounded the problem. Next, there was no accounting oversight of the conversion. In fact, there was no accountant or bookkeeper on site at all during the conversion. The client was not afforded the opportunity to properly test the software prior to the final conversion, a process that allows the client to play in a test environment in order to learn the new software.

Had the client retained a third party software consultant, such as DMC, with specialized knowledge of both the new software and the business processes of the firm, it would have recouped the incremental cost by avoiding the problems, downtime and rework.  Further, the guidance the consultant would have provided would have reduced the stress for both the client and the software company, and would have led to a much greater degree of satisfaction.  Also, a firm like DMC trains users in the live system, on the job, which not only gets the work done and helps set up good practices and procedures, but “sticks” better than the more generic training often provided by software companies in a simulated environment.