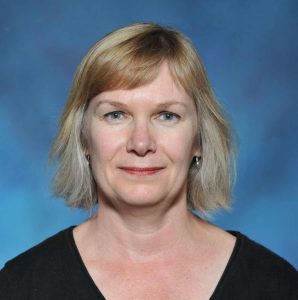 One of the hardest parts of my job is debriefing firms that have not been selected for a project. What makes it hard is that, especially at the RFP stage, we get a set of highly qualified firms who have put a lot of effort into preparing their proposals, and yet we can only select three to four (typically) to interview. Depending on the number of proposals we have solicited, there can be a lot of disappointed firms.

Occasionally we get a proposal that is just weak — riddled with typos, full of boilerplate language (even references to other projects!). They reflect little recognition of the specifics of the campus or the issues we face. Perversely, these are the easiest to debrief, although it is a bit painful to tell someone that they or their team didn’t give an A effort.

Then there are all the others — great firms with experience in the project type, with an articulated process. They clearly did their homework, thought deeply about the project and the campus. Their graphics are strong, the proposal not too long or too short. Some may get eliminated because they don’t have as much experience, or their process is a bit confusing, or not detailed enough.

The task then is to take the pool that is left and find among them the three to four proposals that stand above.

Let’s talk about the fact that this is almost always a committee process. We have a diverse group of people, from those who wrote the RFP to those who have never looked at a planning/design proposal in their life. Give a single proposal to 10 people and you’ll get 10 opinions. Maybe two to three will agree. Ask that group to read and score a group of proposals. Add in the variance of how people interpret the scoring matrix, how closely they read the proposals, in what order they read them, etc., and you get a lot of variance.

Then there is the short list meeting. The committee comes together. The collated scores are revealed. If we are lucky, one to two firms rise to the top in terms of scoring. We all agree they should be interviewed. Then we eliminate the ones who collectively scored low. This usually leaves us with more firms than we need to make up the remaining short list slots, so we discuss. The discussion is robust. People make pitches for the proposals they really liked. And then, often, it comes down to a vote.

Is this process fair? Probably not, strictly speaking. As representatives of the college our job is to pick a group of firms so strong that no matter who gets selected after the interviews, we will have a great process and product.

So how do I debrief the firms that don’t get selected? I try to be as honest as possible. If there were specific deficiencies in the proposal I point them out. I want to help firms to present themselves as honestly and as strongly as they can. I try to talk about what the selected proposals had that perhaps theirs did not. Often it is the case that a proposal I personally rated highly did not get selected. I may not have great insight as to why others did not rate them as highly.

If you make it to the RFP stage we already believe you can do a good job. I know you want feedback so that you can improve your proposals so that next time you do get selected. Sometimes I’ll have something specific to say, but often I don’t.

It’s a hard part of my job, but please ask for a debrief. I feel that as partners in this profession we all play a part in our mutual successes.

Annie Newman is the director of campus planning at Rhode Island School of Design in Providence, R.I.