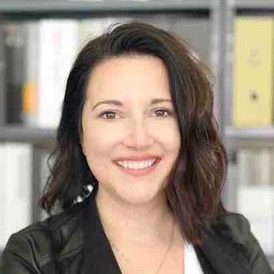 Berger was promoted to director of interior design in July 2020 and has served as the lead interior designer and project manager for works across several market sectors, including healthcare, education, and corporate workplace.

Most recently, she led the firm’s workplace efforts for Technolutions and Biohaven Pharmaceuticals at multiple locations on the east and west coasts. She has worked on numerous projects for Yale University, CCSU, Hole in the Wall Gang Camp, and is currently working on the 160,000sf future headquarters of Arvinas, Inc. at 101 College St. in New Haven.