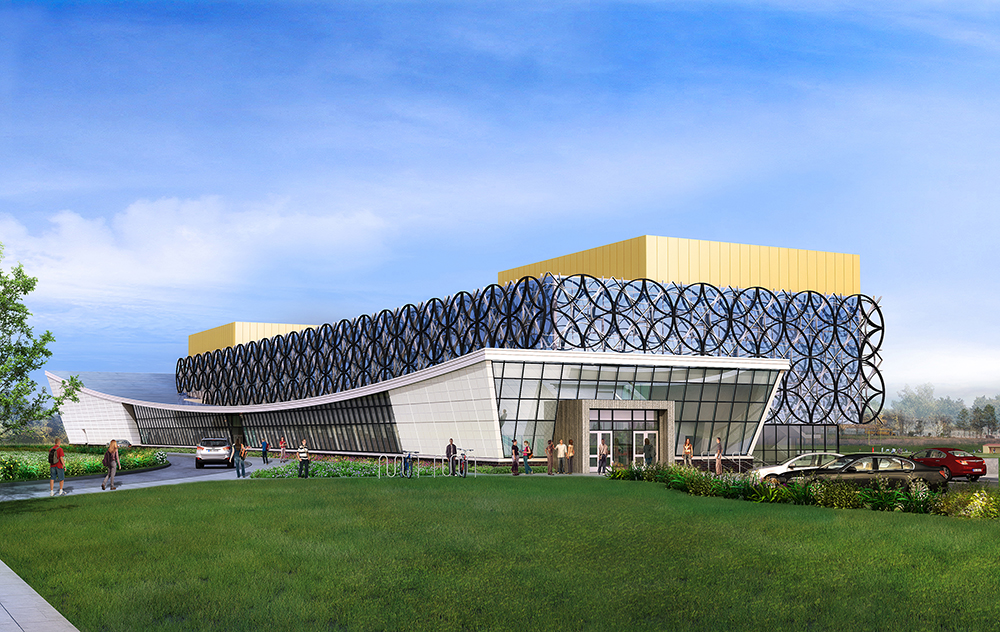 The City of Bridgeport awarded this $78M high school project to Antinozzi Associates in 2011, which will accommodate an anticipated 800-student enrollment.  This school is designed to house two primary academies for the new 9th through 12th grade students – The International Baccalaureate Academy and the Health and Environmental Science Academy.

The existing facility’s age, outdated technology, insufficient classroom space, and poor ventilation required updating and improvement beyond renovation.  The new 144,000 SF high school will be relocated to a large parcel of land at the corner of Boston Avenue and Bond Street and will include state-of-the-art computer labs, virtual and traditional science labs, a graphics lab, music rooms, art classrooms, a new mentor program area, and additional educational and athletic spaces.  It will also feature a state-of-the-art performance auditorium and media center spaces, as well as a fully functional mini-health services center.

The building’s most distinctive features are its two curvatures that will be seen in its exterior massing.  The front of the building curves to work in conjunction with the flow of traffic from neighboring communities.  The curve also appears in elevation, bringing the main entrance of the building down to the scale of the adjacent houses, but gently growing and expanding upwards to express the scale of the institutional portion of the building. Within the plan of the first floor, the curved bar includes main administrative spaces, areas dedicated to privately administered health services, and culminates in the large auditorium space.

The second floor of the building houses the academic program of the International Baccalaureate (IB) Academy and the third floor of the building houses the Health & Environmental Science (HES) Academy.  Classrooms are arranged around a “Collabagora” (this term combines “collaboration” and the Greek word “agora”).  The Collabagora is open between both academic levels, enabling light to flood the central portion of the building and create a visual connection between floors. The simplicity of the layout allowed for a dynamic façade.  The educational floors are wrapped with a unitized curtain wall system allowing for light and visibility. Hung from this curtain wall system will be an aluminum bar wall screen, referred to as the Brise-Soleil.  The Brise-Soleil will provide needed sun shading on the west and east facades, preventing heat build-up within the building.

The new Harding High School is one of several schools designed by Antinozzi Associates that meet the State of Connecticut’s High Performance Building Standards, ensuring the space is low maintenance and environmentally friendly.  The high school will also seek LEED Silver Certification by the U.S. Green Building Council.