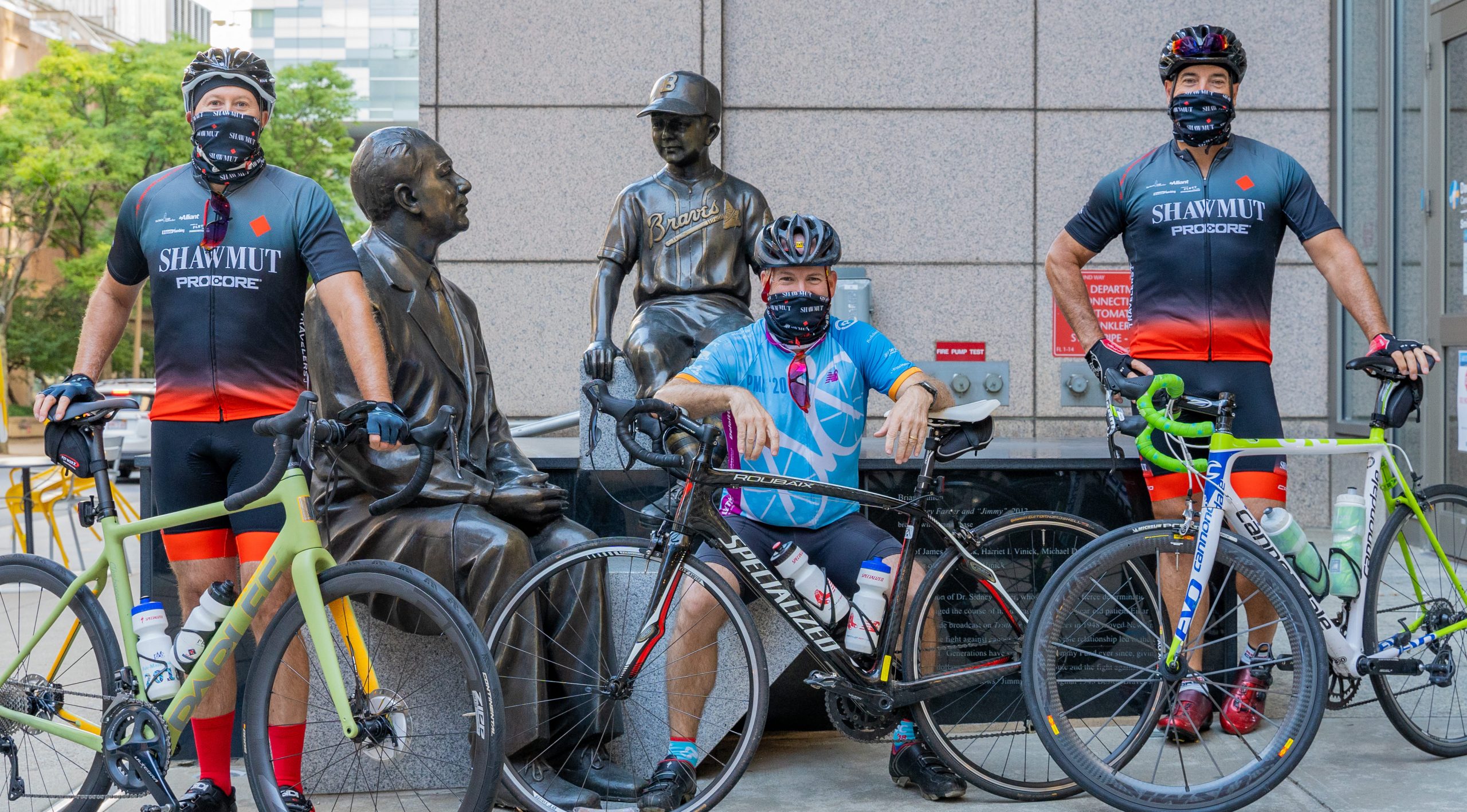 Boston – Shawmut Design and Construction took part in the 2020 Pan-Mass Challenge, marking the 13th year in a row the firm has participated in the bike-a-thon.

Adapting this year’s ride to prioritize the health and safety of riders and volunteers, the Pan-Mass Challenge transformed into an interactive experience labeled “PMC Reimagined,” bringing together riders and supporters virtually from around the globe. 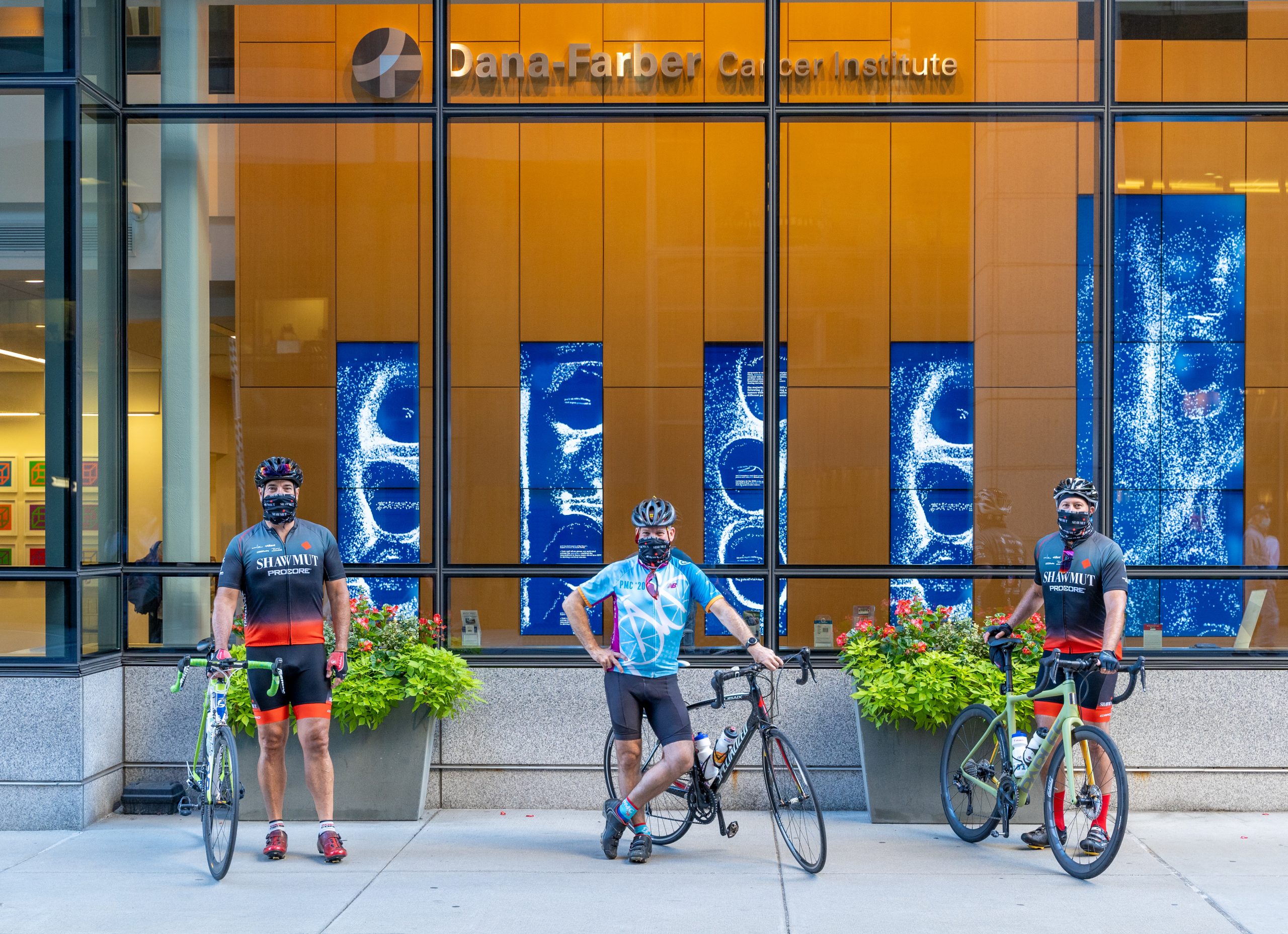 Team Shawmut has accumulated more than $1,630,000 in total fundraising since its inception, with monies raised directly supporting the research being conducted by Dana-Farber’s Dr. Christopher Sweeney, who participated with the team in its reimagined ride in Boston, marking his seventh year riding with Team Shawmut. 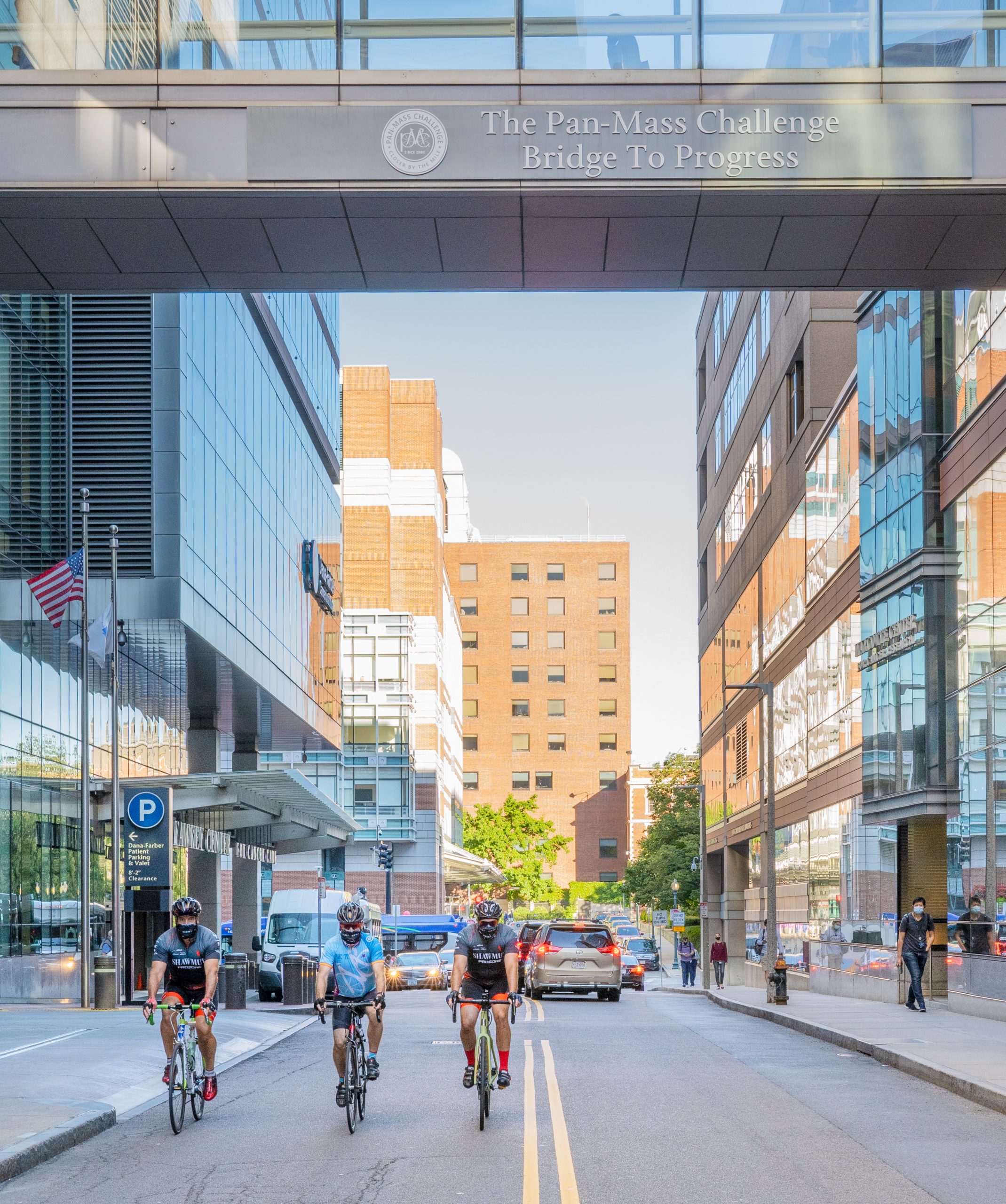 The team has consistently raised more than $100,000 a year to support Dr. Sweeney’s efforts, enabling him to create a unique database of cancer specimens, allowing his team to find the key causes of incurable cancer, and to test a new drug designed to make standard therapies more effective.

“The PMC has become a longstanding tradition for Shawmut, and the team was as inspired as ever for this year’s reimagined ride,” said Les Hiscoe, CEO of Shawmut. “While coming together the first weekend in August is a tradition we look forward to every year, we were proud to reinforce our unwavering commitment to Dana-Farber in the fight against cancer in a new, safe way. I couldn’t be prouder of our riders who continue to embody Shawmut’s culture and support employees, family, and friends who are affected by cancer.”