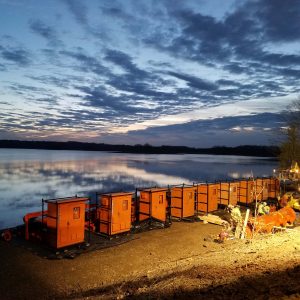 In late 2017, South Central Connecticut Regional Water Authority (RWA) detected a major leak in a critical transmission system known as the Great Hill Tunnel and Pipeline. Making the necessary Great Hill Tunnel system repairs required the creation of a temporary bypass system so water continued to flow from Lake Gaillard to the treatment facility. While the temporary bypass was in use, permanent repairs were made to the pipe and tunnel system. 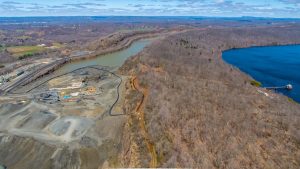 Tighe & Bond was also honored alongside CDM Smith, Inc. with an Engineering Excellence Award for the redesign of Hebron Avenue with two modern roundabouts in the Town of Glastonbury, Conn. This project was in development by the town since 2014, and Tighe & Bond conducted a roundabout feasibility study for the Hebron Avenue corridor.

Tighe & Bond supported the town throughout the study phase making several presentations on the project benefits to the town council. Under the design phase, Tighe & Bond provided comprehensive roadway design services that focused on the House Street and Hebron Avenue modern roundabout. The design of the roundabouts has improved access and pedestrian mobility along the corridor and the town has experienced a significant drop in collisions at both roundabouts.