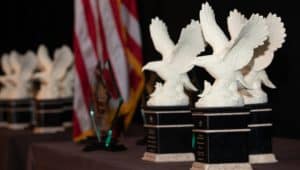 The diverse group of winners includes: 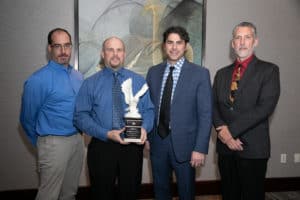 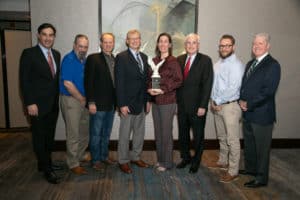 EICA is one of ABC MA’s signature events, recognizing member contractors who, along with their project teams, help raise the standards of excellence in the construction industry. Over 275 ABC MA members gathered at the Westin Waltham Hotel to celebrate the very best construction projects its companies have to offer.

During the celebration, ABC inducted Gould Construction Institute’s (GCI) President Barbara Lagergren as the 2018 ABC Legend. She plans to retire at the end of this year after serving 32 years in various roles at ABC Massachusetts, ABC’s national office, and GCI.

The Legends program was created to recognize ABC’s outstanding leadership and to help support development of the construction industry’s future talent through the “ABC MA Building Our Future Scholarship.”

ABC President Greg Beeman believes the variety of projects reflect the vast and diverse array of projects completed by ABC member firms. “Our companies not only believe that open competition brings out the best in everyone, they embody it,” Beeman said. “Several of this year’s winners faced adverse conditions as they completed their projects. Yet, in the end, each project brought out the best in the employees who worked on them. The fruits of their hard work and dedication can be seen on the faces of each one of their clients.”

Over the past 25 years, EICA has recognized more than 250 exceptional projects entered into this independently judged competition by over 150 ABC member contractors.

This year’s applicant pool was particularly competitive, with each winner selected for high standards of craftsmanship, safety and quality thanks to the talents of merit shop workers and the efficiency of the merit shop approach. “Our companies are committed to providing the highest quality of work in a safe and efficient manner,” said ABC MA President Greg Beeman. “Tonight was a great time to recognize their achievements and celebrate the merit shop construction industry as a whole.”