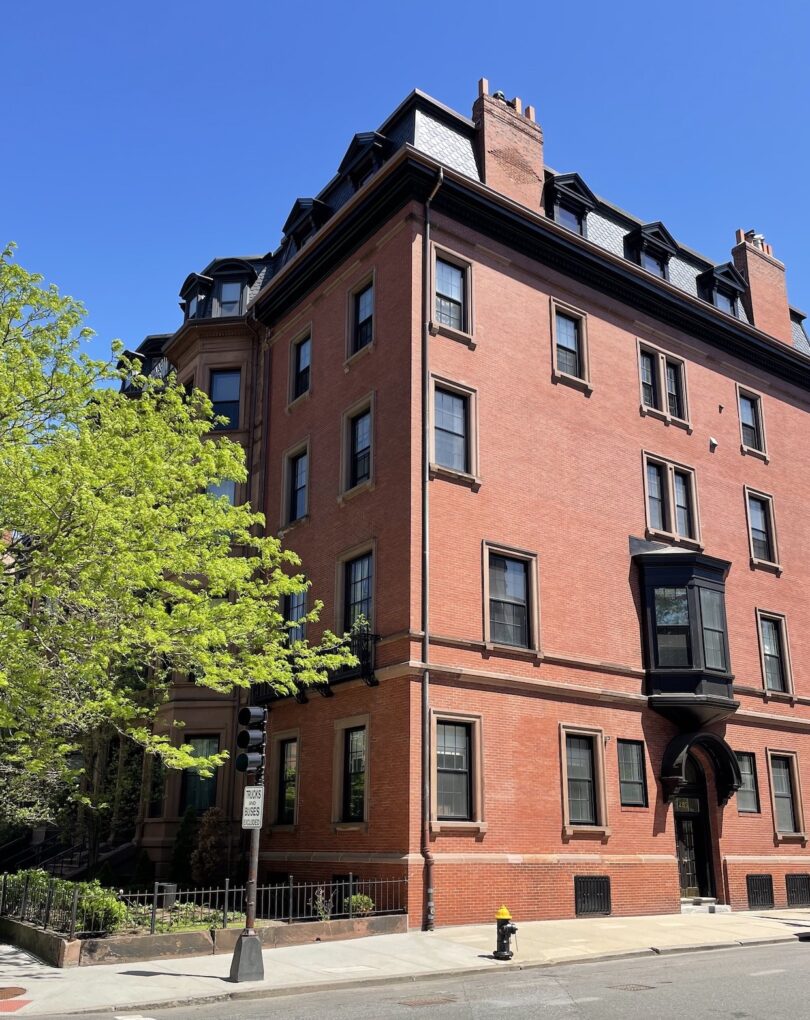 Boston – Abbot Building Restoration recently completed a major masonry restoration and replacement project on a 5-story brownstone and brick condominium building located at the corner of Clarendon and Beacon Streets in Boston’s Back Bay neighborhood.

Work was performed on the three exposed sides of the building. In preparation for the work, the exposed sides of the building were piped and enclosed with debris netting. A significant portion of Abbot’s work consisted of replacement of deteriorated or fractured brownstone elements. Here, Abbot was able to creatively match the size, profiles, and color of selected large stone window surrounds and stone belts that wrap around the building. In addition to the brownstone replacement, Abbot also cleaned and spot pointed the building, and replaced spalled bricks as necessary.

Subcontractor work consisted of roofing, carpentry and painting, with roofing presenting the biggest challenge. The fifth floor unit roof deck was disassembled and removed to allow installation of a new EPDM synthetic rubber roof. The mansard was replaced in kind with a new black fish scale style slate. In addition, selected gutters were replaced and new ties were affixed to the old downspouts. Further, all wood elements, including window trim/moldings and bays, were scraped, restored and repainted.

Due to the extensive scope of work and the multiple subcontractors/trades involved, a challenging aspect of the project was the overall coordination and timing. Despite these obstacles, the job was managed and completed on time and in an efficient manner.