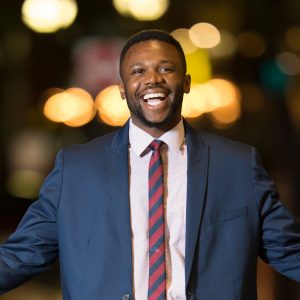 Braintree, MA – The Peabody Companies recently announced that Deo Mwano has been named diversity and inclusion advisor. He is an innovative, multi-cultural leader in education, organizational leadership, and social justice.

He will help guide the organization through the process of effectively identifying and disrupting patterns of inequality, implementing cultural changes, and developing training initiatives to create and foster an open and inclusive environment.

He also will  assist in establishing a company diversity, equity, and inclusion council, a working group of about a dozen team members, tasked with:

Originally from the Democratic Republic of the Congo, Mwano grew up during a violent civil war and became the family patriarch at age nine. He moved to the United States in 2000 with his mother and three younger brothers.