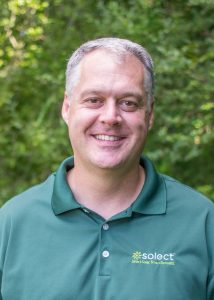 Nearly every school district in the country could use one thing: additional money placed back into their programs. One solution: solar power. Solar energy can reduce electrical expenses and teach students a valuable lesson about helping the environment by drastically cutting greenhouse gas emissions.

There are approximately 125,000 K-12 schools in the United States; to date, 3,752 have taken advantage of solar energy, and there are approximately 72,000 schools that could reap significant cost benefits by making the transition. If these schools installed solar systems, the cost savings would reach $1 billion annually, and the electricity generated would offset emissions comparable to taking 1 million cars off the road.

Most schools operate as nonprofit entities and cannot directly take advantage of state and federal solar tax incentives. However, they can benefit from these policies through onsite power purchase agreements (PPA). PPAs are contracts where solar energy companies finance, build, own, and maintain a system on the customer’s site, selling the solar electricity generated back to the organization at a reduced, fixed rate for an extended period of time (typically 15 to 20 years). Under this model, the customer incurs no (or very low) upfront costs and saves money through reduced energy costs.

At Solect Energy, the state’s top commercial installer of solar energy, we have completed installations on — and seen the long-term value of — solar systems in schools throughout Massachusetts. Here is a closer look at some of our solar success stories.

Stonehill College. Stonehill College has a long history of sustainable practices known as the Stonehill Goes Green initiative, including single-stream recycling, composting, energy-efficient lighting, and more. Continuing this program, Solect Energy installed a 2.74 megawatt (MW) solar array spanning 15 acres of the Davis Ames Clock Farm, adjacent to the school’s campus. The system covers about 20% of Stonehill’s electricity use, and the college is expected to save more than $3.2 million during the 15-year PPA.

Roxbury Latin School. The oldest independent boys’ school in the country, Roxbury Latin installed a 137 kilowatt (kW) solar energy system on the roof of its Albert H. Gordon Field House through a PPA with Solect Energy. Roxbury Latin has procured incredible benefits from the installation, with projected savings of nearly $100,000 over the next 15 years with the reduced electricity rates provided by Solect. The system lends an addition to the school’s science curriculum, with the school adding an interactive kiosk that provides students data stream access measuring the solar panel output. Today, Roxbury Latin School revels in the dual benefit of a long-lasting learning experience for students and cost savings for the school.

Eastern Nazarene College. This Christian liberal arts college in Quincy has explored and implemented green initiatives since 2011, including campuswide efforts to implement energy-efficient lighting and occupancy sensor installations. With the help of Solect, Eastern Nazarene was able to expand its sustainability initiative by deploying four solar solutions across buildings on campus through a PPA. The installations total more than 200 kW of electricity, which cover 13% of the college’s annual electricity needs. Eastern Nazarene is expected to save $260,000 over the duration of the PPA.

The Pingree School. The Pingree School, a private secondary school in South Hamilton, partnered with Solect to install a 227 kW solar system on the roof of its ice rink. Prior to installing solar, the school decided to close the ice rink due to the high cost of energy. With the solar installation, Pingree now has access to affordable renewable energy, making the decision to remain open during the summer a more feasible option.

The benefits of solar presented in the above cases demonstrate the significant influence making the switch to solar can have. With significant cost savings, student enrichment potential, and an overall positive environmental impact, it is important that schools consider solar as a viable energy resource.

Matt Shortsleeve is a ‎vice president at Solect Energy, based in Hopkinton, Mass.