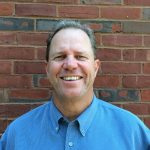 Three to four years ago the large wood framers and panelizers did not have adequate work load. Today GC’s are forced to get commitments from wood framers six months in advance. Material availability sometimes becomes an issue and projects may need to have structural designs altered for differing species or grades of wood product. The wood construction industry continues to improve productivity with better designs and more efficient processes for manufacturing of wood panels.

Veitas and Veitas Engineers currently has nearly two thousand housing units either under construction, in design or pending final zoning approval within a 15-mile radius of its corporate office in Braintree, Mass. Projects include Zero Penn Street, Residences at Marian Bay, AvalonBay Quincy, Quarry Hills and West of Chestnut Apartments.

With the exception of a proposed 15-story tower in downtown Quincy all of these projects are being designed with a wood frame.

Throughout the New England, New York and New Jersey, wood-framed housing has proven to be the most cost-effective structural system of choice for market rate housing, hotels, independent and assisted living communities.  Not long ago we would construct three and maybe four story wood structures bearing on grade over a thickened concrete slab foundation system. Today the four story wood structure know as Type VA construction has been surpassed by the five story Type IIIA construction to allow for increased project densities.

Type IIIA construction is required to have a two hour rated non-combustible wall construction. This is achieved utilizing FRT wood studs at the perimeter walls along with an acceptable FRT sheathing and Code compliant siding and  two layers of 5/8 gypsum on the inside face to provide a 2 hour rating from inside out as long as the building is located at the proper distance from the property line. The current Massachusetts Code allows for either the VA or IIIA buildings to be elevated on top of a one level above grade non-combustible structure with a possible basement level below. These so called podium structures are a wood frame over a three hour rated structure of non-combustible construction. The preference of podium construction used to clearly be composite steel construction.

Today the all-in cost of post-tensioned concrete podiums is on par with the composite steel framed podium. The selection of the podium is usually based on owner and construction manager preference. As structural engineers our podium preference is PT slabs which allows for increased flexibility for mechanical piping and simplicity of making revisions to the units above the podium at the later stages of design.

The pre-cast industry is looking to become competitive in this market place also. Time will tell where pre-cast concrete podiums will find a niche. The 2012 IBC Code currently allows for the use of a two story podium structure. In Massachusetts the current Code is based on an older version of IBC and does not allow two story podiums.