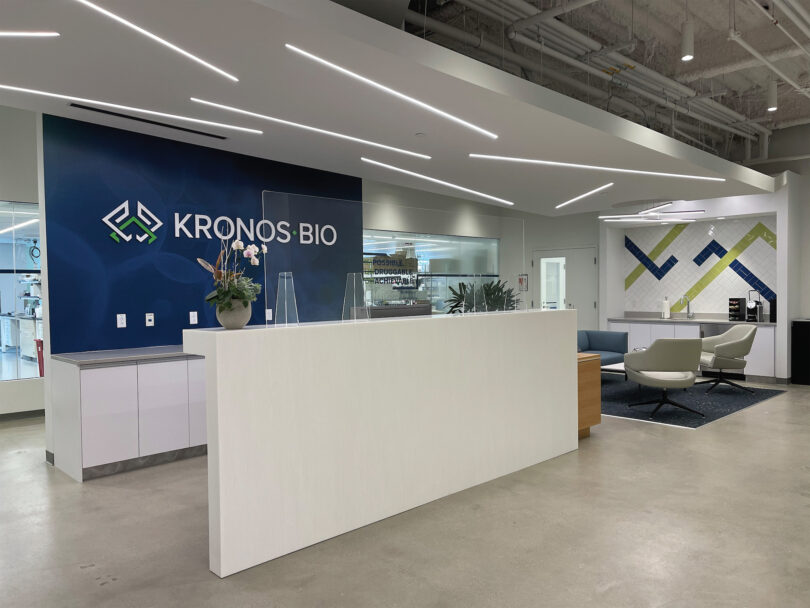 Recently I had the opportunity to work with an incredible team on the design and construction of Kronos Bio’s new lab in Cambridge. Kronos Bio, a clinical stage company dedicated to the discovery of novel cancer care therapeutics, was relocating from SmartLabs to a space in Kendall Square. While I have worked with a broad range of teams on biotech projects throughout the Boston area, this project was unique as the majority of the leadership group were women. A highly engaged and collaborative team, we worked to create an open and fun environment for scientific discovery.

Amy Foley, project planner with the Richmond Group, along with Shana Mendozza, project leader and executive director of operations, and Lori Kelley, senior operations manager, both with Kronos Bio, were all involved from the start, following the project through construction. 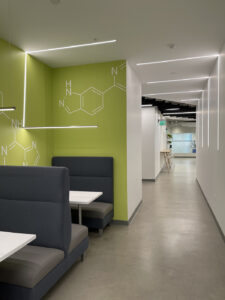 Recently, I asked the group what they thought about the process and result of the project. Each agreed that the project was highly collaborative. As Amy noted, while the design team provided options and concepts to guide the design, the client created cost buckets to allow for flexibility and coordination. Lori felt that the team listened to the client’s needs, adjusting elements as these needs were more closely defined. Shana echoed Lori’s comment about listening, adding that the team “aligned on the mission to create a fun, beautiful space focused on collaboration from the beginning,” which translated into a finished product that “everyone felt good about.” Shana and Lori also noted that bringing in the furniture vendor, Total Office, early in the process was a huge help as they provided not only the furnishings, but the wall systems.

With an open communication pathway, the team was able not only to stay within budget, but to come in under budget, even with COVID-related delays and the necessity for virtual communication. As Shana mentioned, “We met our objectives and had fun doing it.” The company settled into the new space at the end of this past year. Lori emphasized that the Kronos Bio team truly loves their new home. While moving from a 4,000sf to 40,000sf space is “in itself a home run,” it is the design and functionality that makes this space an “interesting and airy environment to conduct research in.” Concluding our conversation, Shana added that those working in the space have said how “good they feel to work in a space that feels like it was designed for them.”