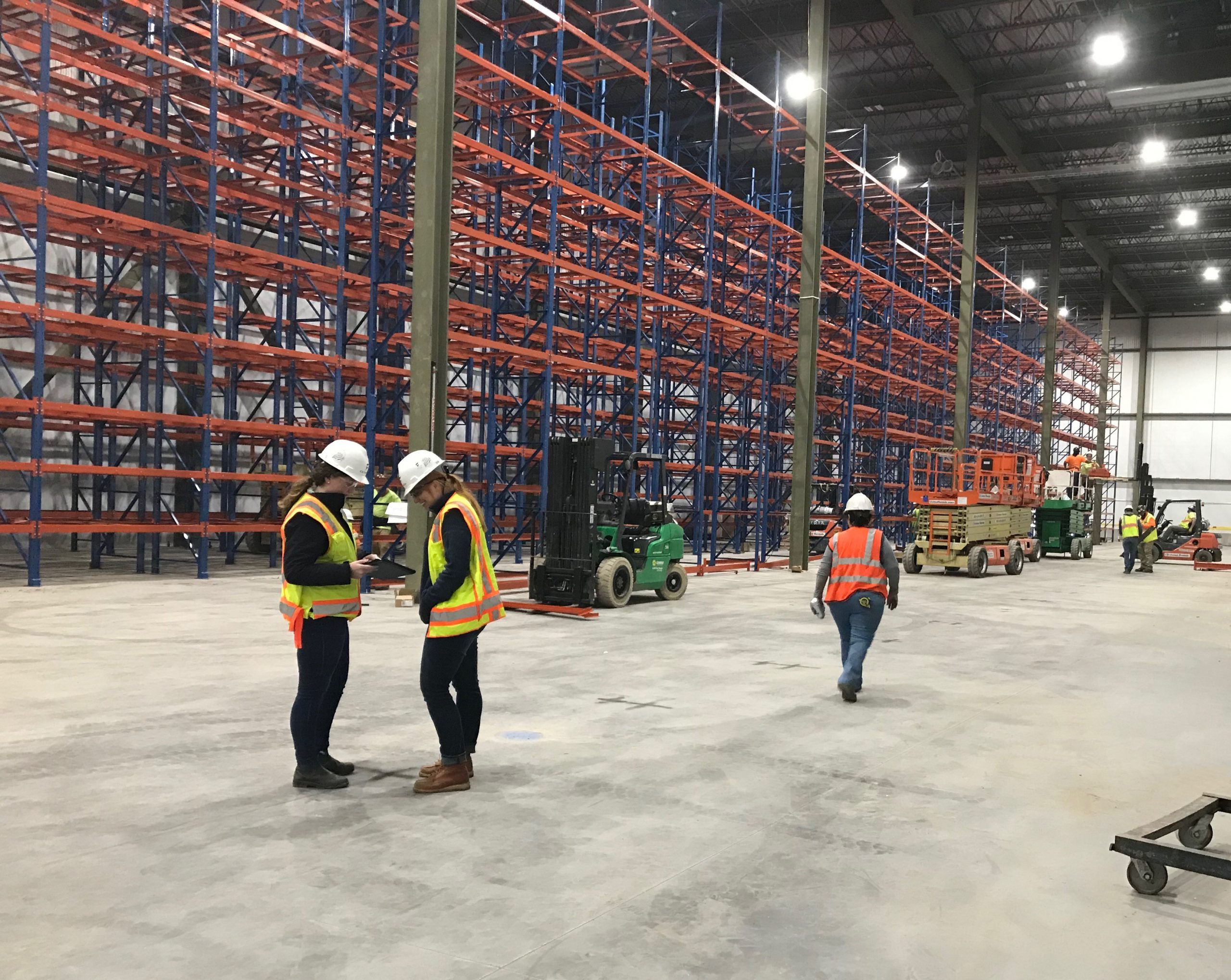 Middletown, CT – According to the most recent statistic from the National Association of Women in Construction, women make up 9.9% of the construction industry. C.E. Floyd is proving to be an exception. Women make up 20% of the company and staff multiple all-female project teams from the office management side. One woman at the helm of two of these projects is Project manager Michaela Catallozzi. She is successfully managing the Big Y Distribution Center project in Springfield, Mass. and a new Big Y store in Simsbury, Conn. On these projects she is assisted by project engineers Grace Steward and Briana Hardware.

Although successful, the project team has encountered obstacles. As Steward described, “As a full-female team I felt as though we had more to prove when first starting out. Once we established that we were more than capable of getting the job done, things have gone very smoothly.”

This wearisome imposition to prove their competence before they even set foot on a job site is unfortunately all too common for women in the industry even as their numbers continue to grow. However, these two all-female project teams have proven to be up to the task.

“Michaela and Grace have really set the stage for success with the Big Y Team on the Distribution Center project through careful planning, consistency, attention to detail and a tenacity for keeping the subcontractors in line,” C.E. Floyd’s director of Connecticut operations, Jeff Palmer, commented.

“Michaela has carried that same approach over to the Simsbury project where she has the added task of training her young, female project engineer, Briana, while clearing the same high bar that she set at the distribution center,” continued Palmer on the success of these project teams. “The Simsbury project also boasts a female project manager on the owner’s side which leaves the superintendent and architect as the lone males on the project team. It’s amazing to think how rare a situation like that would have been 10-15 years ago. Now, thanks to the successes that Michaela, Grace, and Briana have achieved, it’s becoming commonplace within C.E. Floyd.”

This normalization of female project teams requires an overhaul in the thinking of the entire A/E/C industry. As women continue to be successful, the default view of these project teams should be the same as male-led teams: competent and capable of doing the job. Women who hold leadership positions should be given the same respect their male counterparts receive. Not because they are a “woman doing a man’s job,” but because of their work performance and dedication to their craft. It’s time our industry acknowledges the work we have to do to provide opportunities for women to shine. Our end goal should be to get to a place where “women in construction” no longer need their own week to bring awareness and recognition to those in the industry.