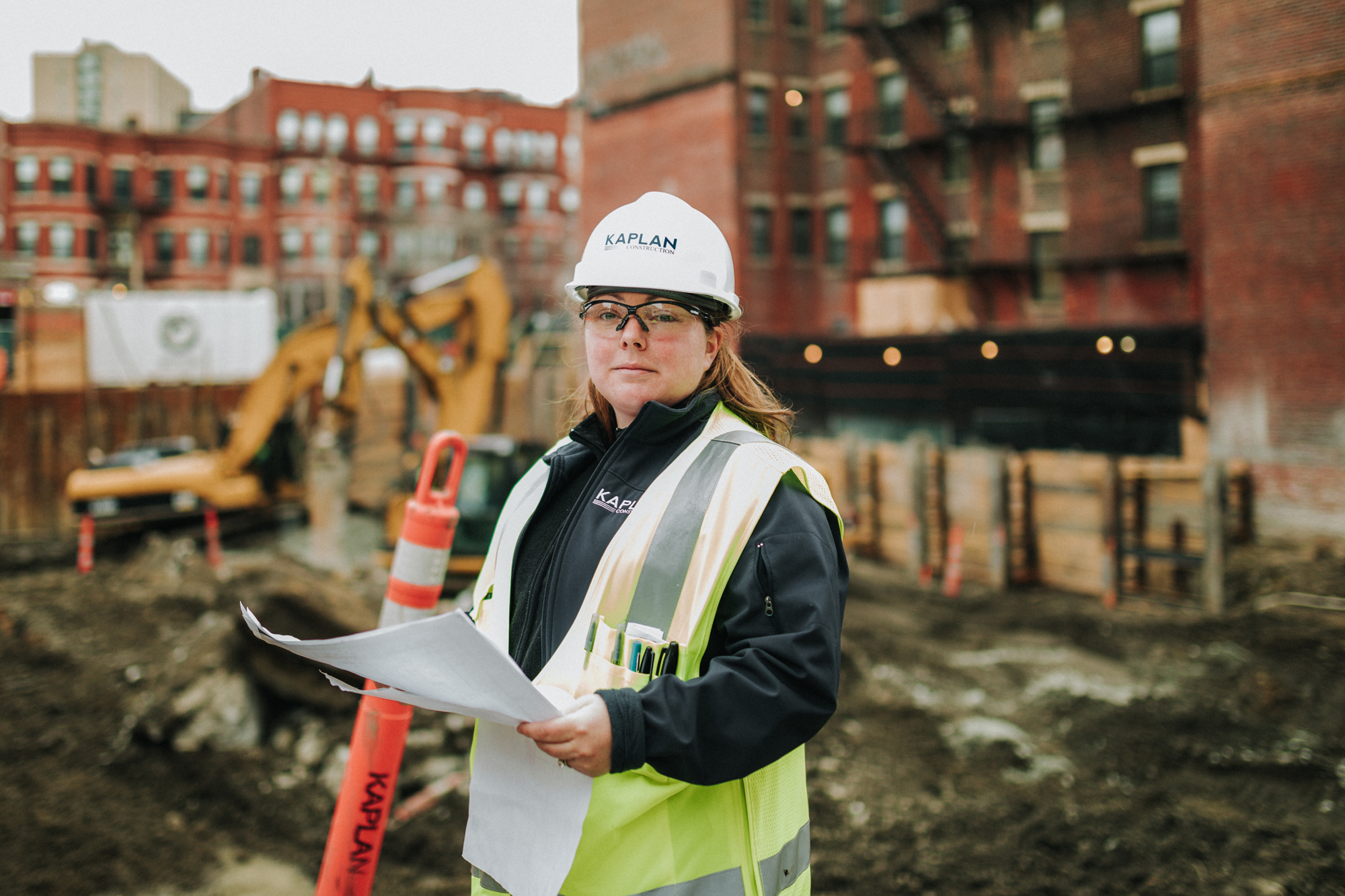 Rachael on the job

She didn’t know it at the time, but Rachael Montosi was destined for a career in construction after taking a vocational quiz during her junior year of high school. The results of her quiz revealed two skills essential in the construction world: spatial planning and relationship building. With this, she decided to pursue a future in engineering. After earning her degree at Wentworth Institute of Technology, she began her career as a field engineer and gained further experience over the next eight years in various roles both on and off site.

Today, Montosi is a project manager at Kaplan Construction where she has overseen renovations for Northeastern University, Massachusetts Institute of Technology, Bright Horizons, and most notably, the ground-up construction of a mixed-use apartment complex in Fenway’s Audubon Circle.
As a 15 year industry veteran and former civil engineering major, she is used to being one of the few women in a room. Mental toughness and an ability to “let things roll off my back” have been her secrets to success in this industry.

When she isn’t trailblazing at the jobsite, she is a mother, wife, and an avid soccer player. Little known fact: Montosi’s standout defensive skills on Wentworth’s women’s soccer team earned her a spot in its Athletic Hall of Fame. During her time there she was also bestowed the Eugenia Louise Sweeney Scholar-Athlete Award, that annually honors a female student-athlete who has excelled, both athletically and academically, while showing exemplary character.

She has volunteered her time to mentoring young women, recently speaking at a local school’s GAINS (Girls Advancing in STEM) Club where she inspired female high school students by sharing her experience as a woman in the field of STEM (science, technology, engineering, mathematics).