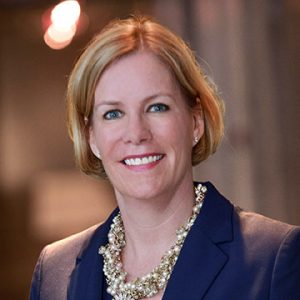 While selling life insurance door-to-door, Susan Shelby, FSMPS, CPSM read stacks of motivational books and learned how to withstand rejection. This experience served her well within her career in public relations and when she launched her own company.

In 2004, after being laid off, she was inspired to launch Rhino PR, integrating public relations and marketing strategies with her sales background to help clients increase their visibility in the marketplace. Susan embodies her company’s namesake, inspired from a sales strategy book depicting a rhino as the ultimate salesperson with a two-inch thick skin, ready to charge. Over the past 16 years, she has helped her clients take charge of their PR.

A member of the Boston chapter of the Society for Marketing Professional Services (SMPS) since 2001, Susan served as chapter president in addition to working on committees at the local, regional, and national level. Named a fellow of SMPS (FSMPS) in 2012, a distinction that represents the highest level of experience and leadership in marketing within the design and building industry, she was also recognized as Marketing Professional of the Year by SMPS Boston in 2016.

She currently serves as vice president of the board of directors of Patton Homestead Inc. whose mission is to support and preserve the historic Patton Homestead in Hamilton, Mass. Previously, she served as the president of the board of directors for the Franklin Square House Foundation which provides grants to housing and shelter organizations that support women and families in Boston and surrounding communities.