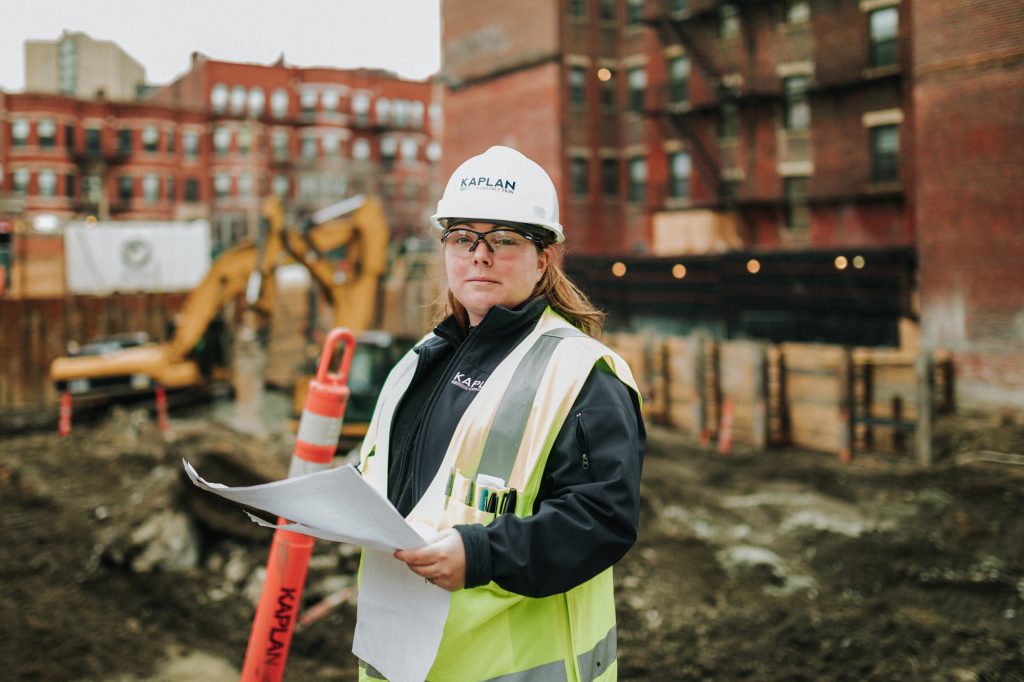 Editor’s Note:  In honor of Women’s History Month, WIC Week and International Women’s Day, HP will be featuring a woman in construction on our site every business day throughout the month of March.  Learn more at www.high-profile.com/wicweek.

She didn’t know it at the time, but Rachael Montosi was destined for a career in construction after taking a vocational quiz during her junior year of high school. The results of her quiz revealed two skills essential in the construction world: spatial planning and relationship building. With this, she decided to pursue a future in engineering.

After earning her degree at Wentworth Institute of Technology, she began her career as a field engineer and gained further experience over the next eight years in various roles both onsite and offsite. Today, Montosi is a project manager at Kaplan Construction where she has overseen renovations for Northeastern University, Massachusetts Institute of Technology (MIT), Bright Horizons, and most notably, the ground-up construction of a mixed-use apartment complex in Fenway’s Audubon Circle.

As a 15-year industry veteran and former civil engineering major, Montosi is used to being one of the few women in a room. Mental toughness and an ability to “let things roll off my back” have been her secrets to success in this industry. When Montosi isn’t trailblazing at the job site, she is a mother, wife, and an avid soccer player. Little known fact: Montosi’s standout defensive skills on Wentworth’s women’s soccer team earned her a spot in their Athletic Hall of Fame. During her time there she was also bestowed the Eugenia Louise Sweeney Scholar-Athlete Award, which annually honors a female student-athlete who has excelled, both athletically and academically, while showing exemplary character.

Montosi has volunteered her time to mentoring young women, recently speaking at a local school’s Girls Advancing in STEM (GAINS) Club where she inspired female high school students by sharing her experience as a woman in the field of science, technology, engineering, and mathematics (STEM).

To submit a work profile for someone in your firm, click here.