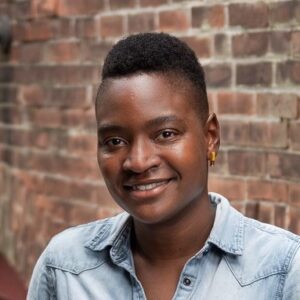 Cassandra Archer is a senior architect at Centerbrook Architects & Planners in Centerbrook, Conn.

Cassandra received a Bachelor of Science in architecture from Wentworth Institute of Technology, Boston in 2012. After graduating, she moved to California to begin her career. She worked for two different San Jose based firms that specialized in education and public works buildings. In 2016 she moved back to the East Coast, working at KBA in New Haven and now with Centerbrook. Cassandra and her husband live in an 1850s farmhouse that they have been actively restoring since 2017.

Cassandra is a Nigerian-American. Since becoming an architect, she has taken on an active role as a board member of  the National Organization of Minority Architects, Connecticut Chapter (NOMAct). Cassandra is passionate about mentoring the next generation and making the field of architecture more accessible for all.