Editor’s Note:  In honor of Women’s History Month, WIC Week and International Women’s Day, HP will be featuring a woman in construction on our site every business day throughout the month of March.  Learn
more at www.high-profile.com/wicweek. 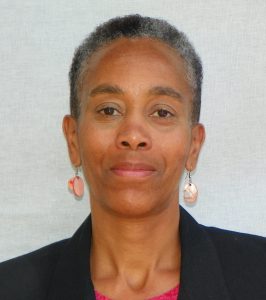 After several years working as a quality control engineer for a local defense contractor, Alicia Toney decided to switch career paths to “do something more socially or environmentally conscious.” Coming from a family of educators, she saw first-hand the rewards of teaching and accepted a position as a METCO academic liaison/teacher with the Weston Public Schools. She worked with elementary school students and was a home tutor with the Cambridge Public School district.

After purchasing her first home, Toney continued her community activism. “I became involved in a redevelopment project near my house,” she said. “As a homeowner, I was more vested in the neighborhood and wanted to make a difference.”

Volunteering for her community’s redevelopment project sparked an epiphany. She was encouraged by her husband to revisit her engineering background in a different capacity and apply for the Real Estate Development fellowship with the Massachusetts Association of Community Development Corporations.

Toney joined Pinck & Co. in 2012 as a project manager and furthered her education by earning several industry certificates, including her Massachusetts Construction Supervisor License, a Massachusetts Certified Public Purchasing Official designation, and an Occupational Safety and Health Administration certificate.

Toney viewing blueprints with her staff

While at Pinck, she became a mentor with the Citizens’ Housing and Planning Association. Two years later, she continues to coach her mentee. Last year, she was promoted to project director and has since increased her focus on mentoring her team. “I truly enjoy helping people and mentoring the women I work with as well as outside of the company,” she said.

When asked about her favorite projects, Toney said she enjoys working with the Massachusetts School Building Authority. “It gives me great pleasure in knowing that I am contributing to the education of future leaders.”

To submit a work profile for someone in your firm, click here.