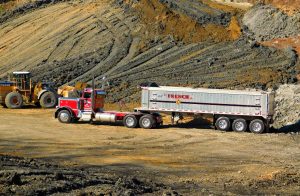 The project opened in April 2016 and is located at 123 Oxford Avenue in Dudley.

The project is the very first site of its kind in the state of Massachusetts operating with an Administrative Consent Order (ACO) from the Massachusetts Department of Environmental Protection, accepting both <RCS-1 and <RCS-2 soils (Reportable Concentration Standard).

The Dudley Reclamation Project will help to address the large-scale disposal needs generated from the excess volume of soils from New England’s current and future large-scale construction and excavation projects. 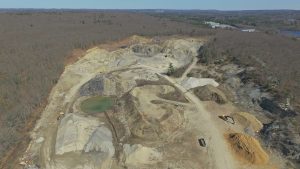 New policy and regulations in Massachusetts require fill sites that accept over 100,000 cubic yards of soil to receive an ACO from the Massachusetts Department of Environmental Protection. The new MassDEP policy institutionalizes a site-specific review and approval process that has been successfully used on an ad hoc basis to expand opportunities for the reuse of excess soil excavated from development sites. MassDEP approval of these projects insures that issues common to large-scale fill projects are appropriately addressed. 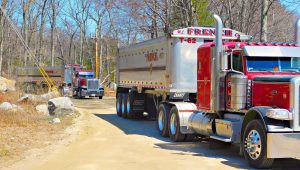 “This project is the largest soil disposal site in Massachusetts. The project will help to address the increasing soil disposal needs of the large construction and excavation projects generating excess volumes of soil in downtown Boston, the state of Massachusetts, and the New England region,” said Bill French Jr., president/owner at W.L. French Excavating Corp.