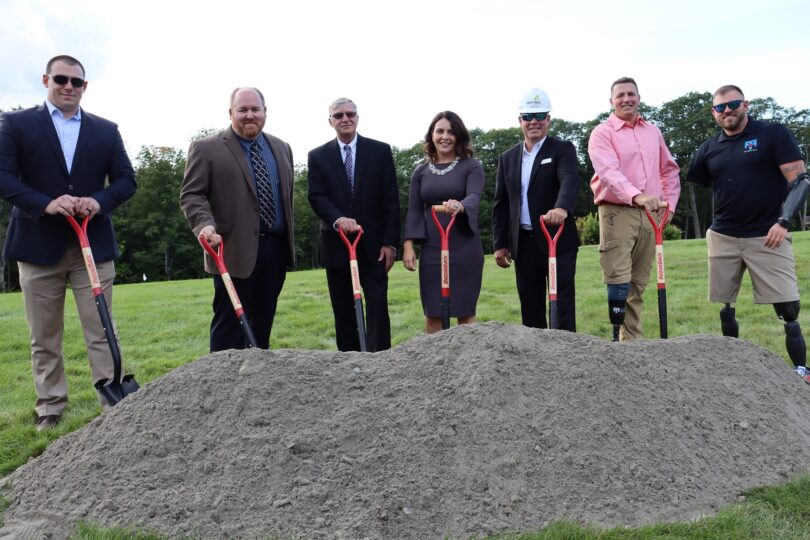 Rome, ME – A groundbreaking was held for the new Travis Mills Foundation Health and Wellness Center on Sept. 11.

Landry/French Construction is serving as the construction manager on the 9,800sf, $7 million center, which will allow the foundation to expand programming to 40 weeks out of the year.

The lakeside retreat in Rome was opened in 2017 by retired Staff Sgt. Travis Mills, a soldier who lost four limbs in a blast in Afghanistan. Mills created the retreat to help those who were injured in wartime, allowing them to recover while surrounded by others who know what they’ve gone through.