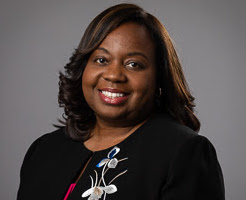 Washington –  The Urban Land Institute (ULI) announced that Sonia Huntley has been appointed as the institute’s senior vice president for Diversity, Equity, and Inclusion (DEI).

Huntley, who was formerly ULI’s vice president for global customer service, will report directly to President Gwyneth Jones Coté. She will be responsible for heightening ULI’s overall focus on DEI, including significantly increasing the representation of under-represented groups within its membership, staff, and leadership, and helping tackle structural systemic racism within the real estate industry.

Huntley was a co-leader of ULI’s DEI initiative, and served on its member/staff DEI council. “Sonia is a proven leader, both at ULI and in the DEI space,” said Coté. “The DEI position is incredibly important, not just for the institute but for the real estate sector and communities across the United States.”

The calls for racial justice throughout the summer of 2020 accelerated ULI’s resolve to promote DEI as a fundamental force for creating thriving communities worldwide, and the institute has taken a number of steps to increase awareness of and dismantle systemic biases in the real estate industry.

“Sonia is a longtime leader in the Institute’s DEI efforts, and we are proud that she will become the institute’s full-time resource dedicated to DEI issues,” said Jonathan Brinsden, ULI Americas chair.

Previously, Huntley worked at the University of Maryland, where she was director of membership and marketing for the Alumni Association.