The city of Boston has set a goal to become carbon neutral by 2050. Though ambitious, it is achievable and will require utilizing one of the city’s greatest assets: existing buildings.

According to the AIA COTE Report, more than four in five (82%) U.S. commercial buildings were constructed before 2000, prior to modern building energy codes; addressing the climate crisis will require examining existing buildings.

Extending the life of buildings requires the delicate balance between preserving the most important and valued elements of a building while also transforming spaces within to meet contemporary user needs. As leaders in adaptive reuse, Finegold Alexander has worked on hundreds of preservation, addition/renovation and adaptive reuse projects across many sectors, including K-12 educational facilities. 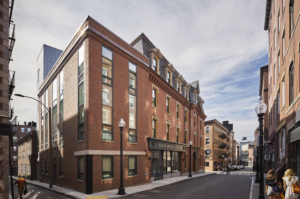 The Eliot Innovation School, originally housed within the 1920s Eliot School building in the North End of Boston, required a much larger facility to house its growing population. Due to the dense nature of the area, a ground up school wasn’t an option. Instead, two facilities were selected to be reimagined to provide an expanded urban campus for Boston’s longest continuously running school. One involved preserving the historic exterior of a complex of buildings on Salem Street that once housed a church and two 3-story standalone buildings into a grade 2-4 school, and another involved transforming a former office building on Commercial Street into a grade 5-8 school. The phased projects allowed the school to remain in operation while each site was under construction.

The Salem Street project involved a complete gut renovation of three interconnected historic buildings along with an elevator and stair tower addition at the rear to provide 42,000sf of teaching and learning space in an accessible, code compliant facility. The historic exteriors were preserved, while the interior allowed for the insertion of right-sized educational spaces, as well as a 2-story physical education space and cafeteria at the heart of the school. The school now gives 400 students the ability to study in light-filled classrooms adjacent to the Old North Church, surrounded by history, as they prepare for bright futures. 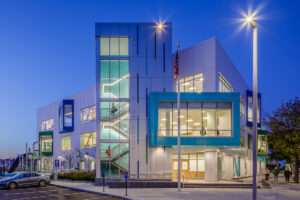 The Commercial Street project was originally constructed in 1962 as an FDA testing facility, and more recently housed retail and office spaces. Instead of preserving the exterior of the building, this approach focused on leveraging the concrete structure of the existing building and designing a new, vibrant exterior facade that engages with the surrounding historic environment. With a focus on sustainability, the new building envelope includes high R-Value insulation and glazing to maximize natural light paired with daylighting controls. Our comprehensive renovation promotes student engagement and collaboration. The building features eight brightly colored projecting “learning nooks” geared for small group and collaborative learning. Views to historic sites paired with technology-rich classrooms, art and robotics spaces, and a media center bring learning opportunities into the 21st century.

We look forward to opportunities to extend the life of Boston’s existing and historic buildings and contributing to a carbon neutral environment by 2050! 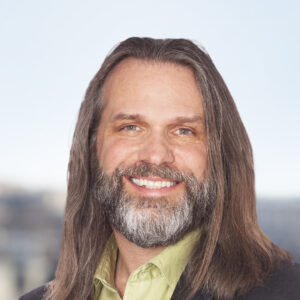