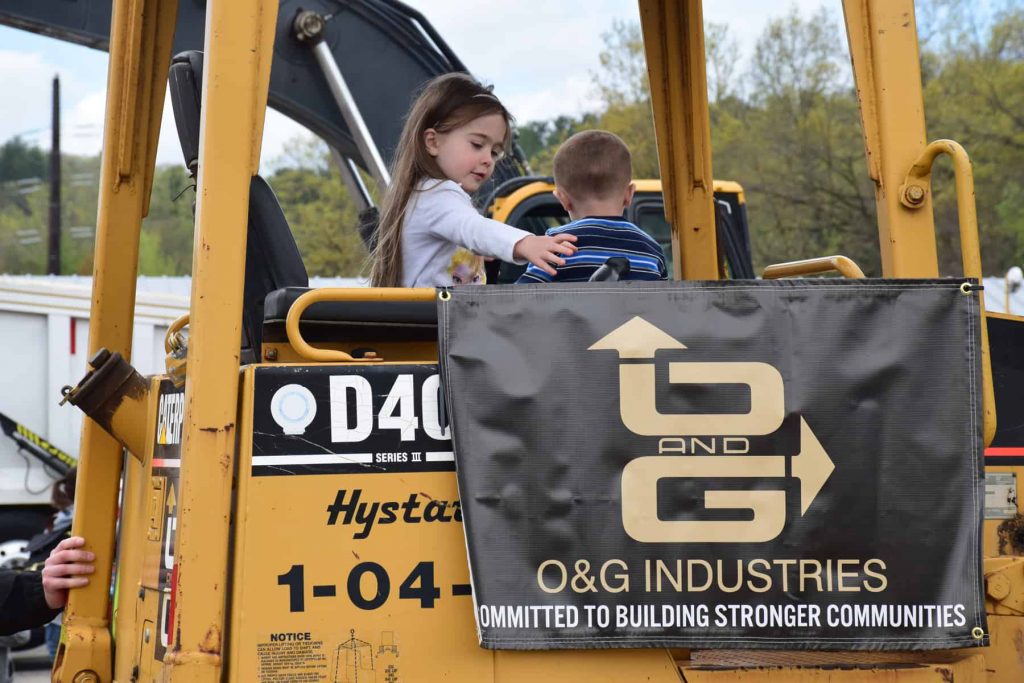 Kids at play at “Touch a Truck” event

The 2017 Touch a Truck event featured over 40 pieces of equipment and vehicles from O&G’s fleet, local businesses and first responders.  In addition, there were activities for kids including face painting, sand art and a hay ride which were hosted by local organizations. Money was raised through a small suggested donation with all proceeds benefitting the United Way and the numerous nonprofit organizations throughout the Northwest Corner that they support.

The Touch a Truck event is one of several that make up O&G’s year-round Building Stronger Communities campaign. Major campaign activities include the company’s O&G Builds & O&G 101 program which creates awareness of opportunities in construction and engineering, the Making Strides program which raises money and creates awareness for cancer-related causes and the company’s Holiday Toy Drive.  O&G has been recognized nine times since 2015 for their involvement in the community.